Investment bankers love to brag about successful initial public offerings – like the one earlier this year from Spark Therapeutics Inc. (Nasdaq: ONCE).

That's because IPOs can be a great source of wealth. Since Spark, a gene therapy biotech firm, began trading Jan. 30, the stock is up roughly 100% from its offering price of $23.

But here's a little secret that Wall Street doesn't like to talk about – most retail investors can't get anywhere near hot IPOs like Spark's.

The vast majority of these initial shares are allocated to mutual funds, hedge funds, pension funds, insurance companies, and high-net-worth individuals. That means retail investors like you have to pay a premium for the stock after it's already begun trading, seriously cutting into your profits.

So today, I'm going to show you a way to side step Wall Street and play the IPO boom… 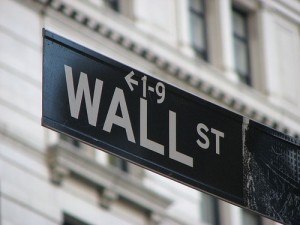 Don't get me wrong. I'm a big believer in IPOs.

IPOs are one of the main reasons why Silicon Valley can bring us a steady stream of innovations. Initial offerings give entrepreneurs the opportunity to go from early-stage startups to publicly traded firms in just a few years.

And you'd be hard pressed to find a better IPO environment than we have right now.

High-tech and life-sciences firms played a big role there. Together, they accounted for 57% of new issues.

While it may not eclipse 2014′s boom, this year is already shaping up to be another big one. Roughly 200 firms are on track to issue stock this year.

And that will create a lot of wealth.

Here's how to get in on it…