Last Wednesday, only two out of 31 big banks failed the Federal Reserve's "qualitative" round of bank stress tests.

One was Deutsche Bank AG (USA) (NYSE: DB), and the other was Santander Holdings USA Inc. (NYSE: SOV-C).

And then on Thursday, Santander's biggest U.S. unit, Santander Consumer USA, was able to sell a bundle of subprime auto loans, worth $712 million, in a matter of hours.

Today I'm going to show you why this bond deal matters - and how it proves that the worst history always repeats itself... 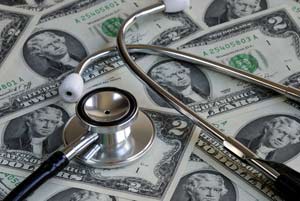 Santander passed the Fed's first round of bank stress tests the week before, the so-called "quantitative" round that measures how much capital banks have. But it failed the second round, which is about the quality of capital management and risk management relative to what a bank says it would like to do with excess capital.

Most banks want to "reward shareholders" by increasing their dividend payouts or announcing share buyback programs. They think that's a good way to spend their excess capital. Which makes sense, because investors think banks are safe and sound and flush with capital if they're rewarding shareholders.

(That's something of a confidence trick, of course. Increasing equity by getting shareholders to buy shares and lift share prices just happens to be a neat way to get regulators off their backs.)

Anyway, in Round 2 of the stress tests, Santander was wrist-slapped for "critical deficiencies" in areas of "risk identification and risk management."

So, how is it that the very next day investors lined up to buy the Spain-based bank's subprime auto bonds that Moody's Investor Service estimated could see losses of 27%?

Surely investors know that Santander has received subpoenas from federal and state agencies looking into how subprime auto loans are made at the dealer level to folks who don't have jobs and who sometimes use an infant's Social Security number for credit verification?

If those investors read the bond documents, they must have noticed that 13% of borrowers didn't even have a FICO score.

These institutional buyers are smart men and women, so they must know that subprime auto loans (loans on credit scores lower than 640) have doubled since the credit crisis of 2007-2008 and that delinquencies and repossessions are rising.

Of course, they know all that stuff. They're professionals - they know what they're really buying...

Perhaps I'm a little thick ?
What does all that mean in English ?
A simple answer, yes or no, would be enough.

President Clinton repealed the Glass Steagall Act to make it possible for US banks to lend money to (and buy votes from) people with no income. He also allowed those banks to re-package those risky loans and sell them.

That caused the world wide crash in 2008 that hurt everyone (excepts bankers). The car loan bust is just another crash that will be caused by repealing Glass Steagall.

Canada's banks are not allowed to re-package and sell their loans. So they tend to be very careful about who they lend money to, and in turn, that makes the chance of a US style housing or car loan bust very unlikely in Canada.

Auto loans are not like mortgages. You can't "repo" a house so auto loans get paid first. You are also lending against a depreciating asset not a theoretically increasing asset to support the credit. There are no variable rate auto loans, negative amortizing auto loans, fraudulent appraisals, and other mortgage-crisis indicia. In fact, no auto loan ABS has ever failed. Santander prices the risk into subprime auto lending realizing that people need a car before anything else and they have collection tactics (GPSs, starter interruption devices, etc.) that make a vehicle quick to repo unlike the years it can take to foreclose on a house. There is no legitimate comparison and the Santander article completely misses the point. Auto loans are not going to bring us into another recession. Quite the contrary.