I've been telling you for a while now that Microsoft Corp. (Nasdaq: MSFT) trades like a small-cap - the kind of action investors dream about.

While that's huge jump in share price, it actually understates the significance of the stock's rally. On that day, this company added a stunning $36.6 billion in value to its shareholders.

Let me put that in perspective. 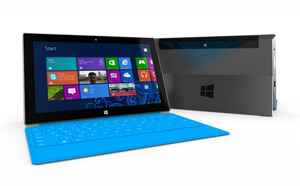 Wall Street was particularly impressed with this company's continuing massive growth in the breakout field of cloud computing.

But that's not all that's going on.

There's a second major factor at work - one that will continue to push this company's shares even higher from here.

Most recently, back on Feb. 3, 2015, I stood behind the company after Wall Street expressed disappointment in the firm's fiscal second-quarter results.

I noted that I had seen nothing in the earnings release to change my basic thesis that Microsoft will succeed in its massive realignment and that its stock still faces enormous upside. Here's what I said at the time:

"Investors overreacted to what was actually a pretty good earnings report - no surprise there. And Wall Streeters, who should know better, are missing a big part of the Microsoft story - this isn't the same complacent, one-trick Windows/Office-rooted enterprise it was not too long ago.

"The tech giant has been quietly and steadily rebuilding, repositioning, and refocusing itself for success in a brand-new era through big investments - and rapidly increasing sales - in hot sectors like cloud computing."

And just like I predicted, that rebound came April 24.

That's $70 billion in new shareholder value in just 19 sessions, or an additional $3.7 billion in market cap each trading day.

This huge rally gets down to two factors we have discussed about Microsoft in the past...

What should one do with cash today?