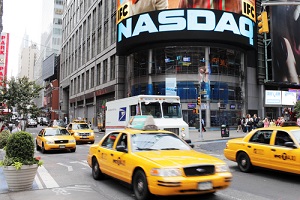 Our new 2015 Nasdaq IPO chart shows the 20 largest debuts on the Nasdaq stock exchange this year.

The Nasdaq has more than 3,500 listed companies and 2 billion shares of daily trading volume. That makes it the largest U.S. exchange ahead of the New York Stock Exchange.

It’s also known for its massive number of IPOs. According to the company’s website, the Nasdaq exchange had more than 1,044 IPOs between 2000 and 2014. That constitutes 54% of the total 1,928 IPOs over that period.

Here are the 20 largest Nasdaq IPOs by deal size that have hit the market in 2015 so far:

The majority of this year’s Nasdaq IPOs have been biotech deals. In fact, 47% of all IPOs in the first quarter were from the biotech sector. The rest included energy, restaurant, consumer, and tech IPOs.

The IPO market has been slow this year compared to 2014, but it’s expected to pick up momentum. According to Renaissance Capital, a manager of IPO-focused ETFs, this month is on track to becoming the busiest June for IPOs since 1999.

More on IPOs: The Fitbit IPO last week was one of the biggest tech deals of the year so far. Its trendy products and strong profitability make it stand out from recent IPOs like Etsy and GoDaddy. But should you invest in Fitbit stock?