Today's China stock market crash was the sharpest one-day decline in eight years. The dip occurred amid mounting worries that authorities are stepping away from measures to prop up the market.

The Shanghai Composite is now down 28% from highs hit on June 12, dropping the index into a bear market. A bear market is defined as a decline of 20% or more.

Monday's rout came on the heels of a government recuse package that ignited a 16% rally since July 8. Over the last month, the Chinese government has implemented at least 40 measures aimed at buoying China's stock market. 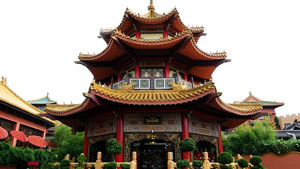 Additional state support is expected in the next day or two.

Policy makers in the Asian nation still have additional measures they can implement to support equities, Yang Delong, chief strategist at China Southern Fund Management, told Bloomberg. He added that state-linked firms will probably start buying when the Shanghai Composite falls below 3,800 – which it did Monday.