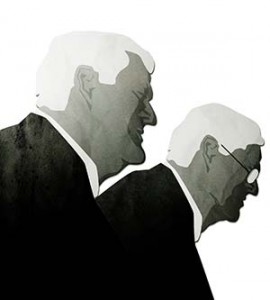 This past weekend, five Republican candidates attended the Koch brothers' conference to vie for the kind of funding that could alter the outcome of the 2016 presidential election.

You see, not only did the hopefuls attempt to impress the oil-billionaire brothers - they also gained exposure to the Kochs' mega-donor friends. The "summer summit" kicked off Saturday, Aug. 1, and finished Monday, Aug. 3. It was held at the St. Regis Monarch Beach luxury hotel in Dana Point, Calif., and was attended by 450 of the biggest financiers in the country. Also present were three House members, six incumbent senators, and seven sitting governors.

Here's a look at how the candidates fared...

Of the five, Cruz and Bush came out on top - at least, according to Bloomberg. The outlet noted Bush and Cruz were already leading the crowded Republican race - at least financially - before the gathering took place. Bush had raised about $115 million for his campaign as of July 9, the most of any candidate so far. Cruz reported $52 million - less than half of Bush's loot, but still more than the rest of his opponents.

Bloomberg's assessment of candidate performance was based solely on applause and crowd reaction. However, other media outlets came away with different impressions...

According to The Washington Times, Rubio was the best crowd pleaser. He got points when he spoke matter-of-factly about ending U.S. subsidies to foreign governments for the production of goods.

Former Hewlett-Packard CEO Carly Fiorina earned accolades for her attack on the media, reported Politica. She accused it of honing in on conservative donors specifically in order to launch attacks and smear campaigns.

And USA Today reported Walker, once the Kochs' favored candidate, earned a round of applause when he spoke about stricter immigration policy.

Now that the Koch brothers' conference is over, the mega-donors and their "billionaire's club" network will convene amongst themselves to ritualistically announce, one by one, to whom it is they will be donating their millions, how much, and why.

Walker, Wisconsin Ranger: When Wisconsin Gov. Scott Walker announced his bid for candidacy July 13, it was no secret that he was entering the race at a financial disadvantage. But he may not be lagging so far behind his opponents much longer. In fact, he's enlisting an army's help...