U.S. employers handed out 105,696 pink slips in July as job cuts skyrocketed to their highest level in four years.

Layoffs in July's U.S. jobs report rose a whopping 136% over June's layoff tally of 44,842. It was also 125% higher than July 2014, according to the global outplacement consultancy firm Challenger, Gray & Christmas Inc. 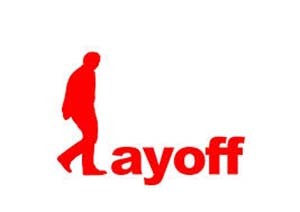 The last time more than 100,000 workplace reductions were announced in any single month was September 2011. That month, the U.S. jobs report showed 115,730 job cuts.

That hefty figure also represents the highest seven-month total since 2009. That's when 978,048 pink slips were handed out amid the worst recession since the Great Depression of 1929.

As expected, numbers were particularly bleak in the oil industry...

However, more than half of July's job cuts came from the government sector. That will continue as the U.S. Army plans to eliminate 57,000 from government payrolls in the next two years.

"When the military makes cuts, they tend to be deep," Challenger said in a statement. "In fact, the last time we saw more than 100,000 job cuts in September of 2011, it was 50,000 cuts by the U.S. Army that dominated the total. With wars in Afghanistan and Iraq winding down and pressure to cut government spending, the military has been vulnerable to reductions."

Here's a look at some notable July layoff announcements...