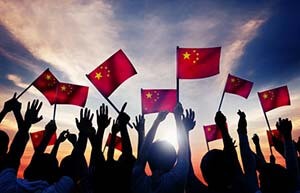 When investors look for global trading activity on the morning of Sept. 3, their first question is likely to be, "Why is China's stock market closed today?"

Is it to calm the volatility that has plagued China since mid-June? The country's benchmark Shanghai Composite Index lost a massive 37.94% (1,960.36 points) from its June 12 high through the end of August.

And because China is the world's second-largest economy, the sell-off hasn't remained limited within the country's substantial borders.

For example, on Aug. 24 – "Black Monday" – China's stock market crashed 8.49%. That day, Japan's Nikkei tumbled 4.61%, Australia lost nearly 4.09%, and markets across Europe were all in the red by more than 4%. The global rout sent U.S. equity markets into a tailspin. Just after the opening bell, the Dow Jones Industrial Average plunged more than 1,000 points in mere minutes after the opening bell.

The market shutdown Sept. 3-4 could be welcome news in the wake of the China-fueled sell-off.

Chinese markets will be closed Thursday and Friday as the nation commemorates the 70th anniversary of the end of World War II, with special emphasis on the Japanese surrender. Tens of millions of Chinese lost their lives in the war when the country was occupied by Japan.

Beijing has officially dubbed the event: "Commemoration of Seventieth Anniversary of Victory of Chinese People's Resistance against Japanese Aggression and World Anti-Fascist War."

It's not just Chinese markets on standstill. Flights have been cancelled and manufacturing halted for a celebratory spectacle…

In addition to declaring Thursday a national holiday, there will be a lavish, massive military parade. More than 12,000 People's Liberation Army troops will march through Tiananmen Square with foreign dignitaries in attendance.

Roughly 2,000 Beijing factories have been partially or fully halted to cut back on sky pollution during the parade. Residents are under strict orders not to watch from windows during the march, use gas stoves for cooking, or loiter on sidewalks. Chinese news websites have reported the government has even gone to the length of releasing trained monkeys and falcons to de-bird the sky for military fly-overs. 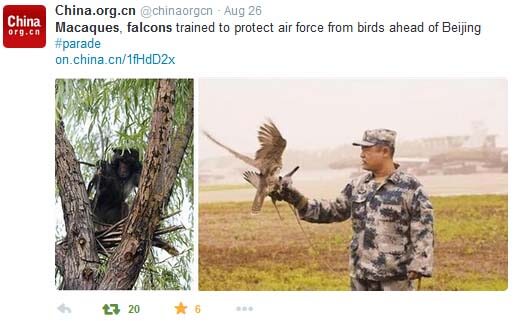 The Shanghai Composite closed down 0.2% in the last session ahead of China's stock market closure.

U.S. markets are closed Monday, Sept. 7 for the Labor Day holiday. That means Tuesday, Sept. 8 will be the next chance for a China-fueled Dow sell-off.

What's Next for Stocks? After a vicious six-day plunge, stocks have recovered some of their losses. But now investors want to know if this rally has legs, or if it was just a dead-cat bounce. The answer, it turns out, depends on a question that nobody's asking…

Is all about power but who will be the winner

i see stocks,except for a few,mostly in the LNG,going down.but i think LNG will be taking off shortly !!

what to do….why is citigroup transferring 3 million ounces of gold and US$100 billion to russian central bank? is there an alliance coming up, or rather is here now, between china and russia? why has usa got over 800 military bases around the world..and blaming russia for all its woes, while russia has no m.bs.? it seems from my readings that the americans(military) are destabilising every country they can find 'fault' with..meaning..are they themselves faultless? us forces are still carrying on 'excercises' in the black sea area..imagine russian forces practising miltary excercises off the coast near rhode island or miami..wow i'd like to see that!! it seems that the reporting of 'western' military activities is off limits for the western press. i like to see a fair go in life matters..but..as usual..might is right. just ask your local taurannasaurus rex and he will confirm that….oh he is extinct..what a blow. who's next then? cheers.