The day in question is Singles' Day, China's biggest shopping day of the year - a kind of reverse Valentine's Day.

In just the first 90 minutes of that day, the e-commerce leader saw $5 billion in online sales - more than Americans spent on Black Friday and Cyber Monday combined last year.

Mobile commerce was a huge success as well. Looking only at sales generated by its mobile platforms, Alibaba brought in $3.8 billion in the first few hours, beating out 2014's full-day sales.

As you might expect, the event was a major win for Alibaba at a time when Chinese tech stocks are out of favor on Wall Street.

But Alibaba isn't the only emerging-market e-commerce firm on the move. In fact, other leaders in the category have recently reported huge sales gains.

There's an easy way to play this entire red-hot sector for less than one-third the price of Alibaba. 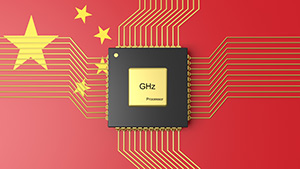 Most companies would love to have the kind of year Alibaba had on Singles' Day. When the sales bonanza was over, the firm had stacked up a total of $14.3 billion in sales.

That eclipsed last year's haul of $9.3 billion by 54%, beating analysts' forecasts. But this was no one-off for one of the world's largest e-commerce companies.

Just two weeks earlier, Alibaba said sales for the September quarter rose by 32% as the dollar value of transactions climbed by 28% to $112 billion. Earnings per share also increased by 30%.

Both pieces of good news prove what I've been saying for some time now - ever since I put Alibaba in The Million Dollar Tech Portfolio. Wall Street's worries about China's slowing growth are greatly exaggerated.

Just look how busy shoppers are there. China's National Bureau of Statistics said retail sales rose 11% last month. Not only did that beat forecasts, but it also stands as this year's single strongest monthly increase.

This helps explain why China's e-commerce sector is doing so well.

The company ranks as China's largest Internet service portal and also provides mobile and telecom services and online advertising. Its mobile chat, messenger, and games unit has 860 million users, well over twice the size of the U.S. population.

In a case like this, an investor who wants to get in on Chinese e-commerce would find choosing between Alibaba and Tencent difficult.

But it doesn't have to be.