There's a new tax deal being debated in Congress right now, and it comes with a 10-year price tag of about $700 billion in foregone revenue.

You see, for every tax break that is passed, the budget deficit balloons in order to "finance" that lost revenue. 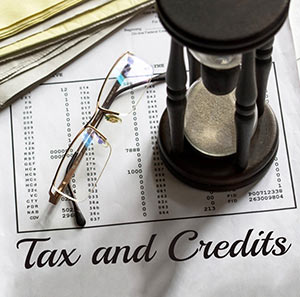 And this new tax package would extend approximately 50 temporary tax breaks that have either expired or will soon lapse. By combining Republican business breaks with Democratic tax credits for lower-income workers and families, representatives are hoping the new legislation will escape the common partisan roadblocks for which Congress has become notorious.

As it looks right now, the deal will likely pass before Congress breaks for the year.

While it's nice to see everyone at last getting along, we're a little worried about the $700 billion budget deficit...

Since the deficit has been falling for six consecutive years - from $1.4 trillion in 2009 to $439 billion in 2015 - this $300 billion discrepancy is also a little worrisome. The centrist group Committee for a Responsible Federal Budget has called the emerging package "a fiscally irresponsible bipartisan deal," reported The New York Times on Friday.

So let's have a look at what makes the new tax deal so expensive...

Democrats are pushing for stimulus-era expansions of the Earned Income Tax Credit (EIC) and the Child Tax Credit (CTC), which are scheduled to expire at the end of 2017. They would like to:

Combined, these provisions would cost $100 billion, according to U.S. Treasury estimates.

Democrats' demands aren't stopping there. Part of their new tax deal agenda includes indexing the child credit for inflation. This means that as inflation rises, so does the amount you and I claim for our children.

"If we don't [raise the child credit], within four years or so, 700,000 children fall back into poverty," said Sen. Sherrod Brown (D-OH), a member of the tax-writing Finance Committee.

For their part, Republicans are worried about oversight of fraud with both the EIC and the CTC. So part of what is being negotiated is significant improvements to the programs' verification process - though specifics haven't been given.

The Republicans are also responsible for the new tax deal's costliest provision...

No tax money is "foregone" by future spending. Federal Taxes are not used for government expenditure – Ben Bernanke has admitted it.
The "budget deficit" amounts to the sum being paid into the non government sector – it's an accounting identity, the government deficit equals the non government surplus and vice versa. So more money in the economy helps GDP, more jobs, etc -what's not to like??
The "National Debt" is also not true. It's not debt to park assets at the reserve and receive interest. Treasuries are not spent as the fed does not have to borrow or save its own money. Balancing the "debt" is just a bookkeeping operation within the Reserve bank. No money changes hands.
So this article has fundamental flaws, serious ones.

Horsecrap! Stop throwing away money on people who don't work!! Cut the budget back 25% for 4 years that will Balance the budjet and get the USA positive again. That way Joe tax payer can keep all his hard work ethic. This is such a bad idea.