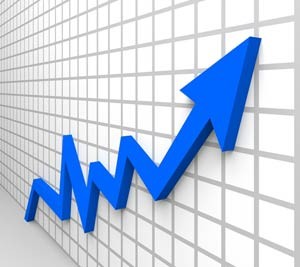 Futures for the Dow Jones Industrial Average for today (Tuesday) forecast a 123-point gain as Chinese stocks stabilize after falling near four-year lows.

On Monday, China's stock market meltdown continued to weigh on the Dow. Stocks were on the decline for a sixth-straight session before turning positive in the final hour. The Dow gained 52 points even though the Chinese stock market tumbled another 5.3%, causing China's main index to close at a three-and-a-half-month low.