Global markets have been extremely volatile in 2016, leaving many investors wondering how to invest in stocks right now.

That's why we turned to Money Morning Chief Investment Strategist Keith Fitz-Gerald for the answer. He's a seasoned market analyst with more than 30 years of global experience in the markets.

But first, here's why the markets are so turbulent... 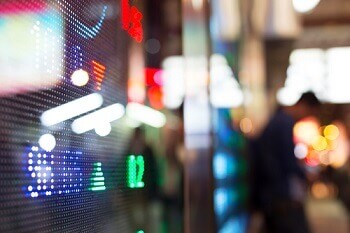 However, most stocks in the S&P 500 have already fallen more than 20% from their recent highs.

We've also seen some disturbing signs from companies reporting Q4 earnings. Companies in the S&P 500 are expected to show an average earnings decline of 6% for Q4 2015, according to FactSet. That would mark the first time the index has logged three consecutive quarters of year-over-year declines in earnings since Q1 2009 through Q3 2009.

Those bearish signals have many investors panicking and wondering how to invest in stocks for the rest of the year.

Money Morning experts say that concern is normal, but fleeing the markets is one of the worst mistakes you can make right now.

"I know the markets are tough right now," Fitz-Gerald said. "I get that - there are millions of investors who are rightfully concerned about their portfolios, their investments, and frankly, their financial future."

Fitz-Gerald continues, "Don't lose sight of the bigger picture here, though, and, if at all possible, stay in the game. In the low-rate regime the Fed continues to inflict on us, the markets remain the single most powerful wealth-creation tool at your disposal. And that means you can't ignore them in any mission to protect and grow your retirement."

In fact, there are several ways to protect your money, and even profit, in a market like this. Here's our guide on how to invest in stocks during a bear market...

Tom delivers this type of advice every single week - get looped in here and find the method behind's Tom's 100% gain.

You can also profit from this market volatility now by investing in inverse exchange-traded funds (ETFs). These funds climb when the markets are dropping, making them the perfect investment for bears.

Money Morning Capital Wave Strategist Shah Gilani likes three of these ETFs. Each one is designed to track the inverse performance of a specific index, either the Dow, S&P 500, or Nasdaq.

Gilani also has a specific short-term move for when he believes markets will fall hard that day or the next. Here are all four of the recommendations he is giving readers now.

Finally, for long-term investors who want to know how to invest in stocks for the next five to 10 years, Fitz-Gerald says to focus on quality businesses that sell products and services the world needs. These companies won't be going anywhere when the markets are in turmoil.

If you're wondering how to invest in stocks, stick to actual investments and avoid speculation.

Fitz-Gerald also says investors need to be selective, but they don't need to move their money to the sidelines.