Panicked investors are missing a major reason to remain bullish on the Amazon stock price even though earnings disappointed. 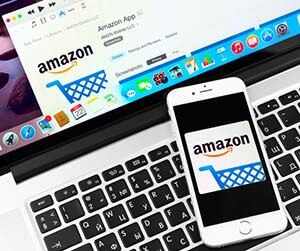 But first, here's why the Amazon stock price is dropping today...

After Thursday's close, Amazon posted Q4 2015 earnings per share (EPS) of $1, more than double the year-ago quarter. Still, that was well short of the $1.58 EPS analysts were expecting. Revenue of $35.7 billion was also shy of forecasts for $35.9 billion.

For the full year, Amazon exceeded $100 billion in revenue for the first time in its 20-year history. It took rival Wal-Mart Stores Inc. (NYSE: WMT) 35 years to reach that same milestone.

But results from Amazon's lucrative Web Services (AWS) unit were mixed. The unit rents computing power to other companies from a multitude of servers and has a commanding lead on competitors. It posted a 69% surge in sales to $2.4 billion during the quarter. Operating profit in the unit nearly tripled to $687 million. But AWS's revenue growth was 78% slower than in the previous quarter.

As Amazon prepares to debut new initiatives, like same-day and drone deliveries, costs are rising.

Operating costs rose 20.5% to $35.6 billion from $28.7 billion last year. Shipping is one of Amazon's biggest attractions, yet it's also one of its biggest expenses. As a percentage of sales, shipping costs jumped to 12.5% from 10.9% year over year (YOY).

Guidance for Q1 2016 was mostly in line with analysts' projections. Amazon said it expects to make $26.5 billion to $29 billion in sales for the current quarter. The company sees YOY growth up between 17% and 28%. The consensus estimates are for sales of $27.7 billion.

While today's drop in the Amazon stock price has some investors panicked, we've found one major catalyst that will move AMZN stock following today's drop...

Why Amazon Stock Prices Will Climb in 2016

Amazon stock was the top performer in the broad-based S&P 500 Index during 2015. And even with today's drop, the Amazon stock price is up 84% in the last 12 months.

Shares more than doubled in 2015, climbing a blistering 122%. Driving the Amazon stock price was it Prime membership, which offers two-day shipping for a $99 annual fee.

And Money Morning Defense & Tech Specialist Michael A. Robinson credits the vision of CEO Jeff Bezos for turning Amazon into the retail titan it is today.

But Amazon is much more than a retailer...

While a number of analysts lowered their price targets on Amazon following Q4 results, we remain upbeat on the Amazon stock price.

Amazon stock may remain volatile in the short term because of the broader market's volatility, but for long-term investors, Bezos' vision for the company is encouraging.