This is nothing but a storm in a teacup.

Energy demand worldwide is increasing, even according to the new IEA report. And historically, this is the quarter of the year where the demand figure is the weakest.

In fact, in each of the last several years, the IEA has cut demand estimates in the first quarter only to increase them multiple times later in the year.

And that's not the only thing the pundits missed...

You see, this increase in demand is combining with another development to open up a range of new investment targets all across the energy sector... 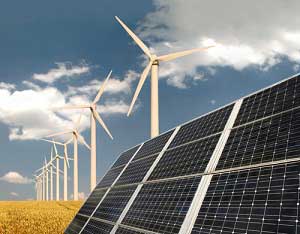 What I'm referring to is the balance among a rising number of energy sources. The idea is simple enough: More genuinely separate sources for energy are comprising the sector, with interchangeability between them becoming the expectation moving forward.

This is resulting in a greater availability of energy produced in more efficient ways.

The new balance is opening up a wider number of investment targets in a major change to how markets have approached this in the past.

Previously, as oil or natural gas would become cheaper, markets would use more of it and less of other sources. That would diminish investment and interest in alternative energy.

That is no longer true.

For reasons you've seen here before, renewables have continued to expand even as oil has become cheaper. And this has included a wider segment of energy alternatives - solar, wind, biomass, alternative fuels, even nuclear.

There is an important reason for this that escapes pundits intent on commenting about only immediate slivers of what is happening. This reason is the most important element in what is fast becoming the new normal in the energy sector...

Energy's Move to Asia Is Great for You

The goal here is not about meeting current or short-term projected demand. Rather, the target is the expanding global end need that is rolling out through at least 2035.

And while demand curves are accelerating, they are not doing so uniformly worldwide.

The days of North America and Western Europe setting energy demand levels have been over for some time now. The action is moving to Asia, where the energy demand is skyrocketing (along with the population).

This is great for you.

You see, the developing energy balance requires a wide variety of energy sources: crude oil, piped natural gas, liquefied natural gas (LNG), renewables, nuclear, and even coal. That last one will remain in demand in Asia especially, where it will be the largest single source of energy for years.

To be clear, this is not a pursuit of any "silver bullet" to wean us from fossil fuels.

Instead, it's about different energy sources that complement one another and evolve into a genuine network. Much of this is already underway.

And it's going to provide us with a number of great investment plays, including in oil.

As the volatility in energy markets subsides and the oil price slowly rises, a historically oversold market will provide us some major returns.

This time, however, those profits will not come at the expense of alternative energy choices. This is no longer a zero-sum game. Not with the expansion in demand across the energy sector.

The Final Step of Oil's Recovery: The levels of investment and investor interest in oil follows the simple logic of supply and demand. But these days that dynamic has been fundamentally altered - and the shift in this basic equation will lead us to the final step needed for oil prices to recover...

Sune is getting clubber, is it time to sell. Market Sucks, it's only going to get worst.