The Dow Jones Industrial Average is open today (Tuesday) after being closed in the United States in observance of Presidents Day. 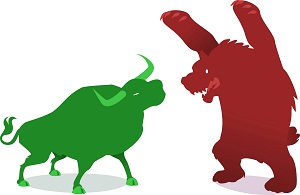 On Friday, the Dow Jones gained more than 313 points thanks to a rebound in financial and energy stocks, which had faced a brutal five-day sell-off. Concerns about the global banking system and economic growth continue to weigh on investor sentiment, but rising commodity prices and strong consumer data pushed the markets higher. Shares of Apple Inc. (Nasdaq: AAPL) were up on news that the company will unveil its next iPhone and iPad models on March 15. The firm said it will begin selling the next-generation models that same week.

Are we headed for a stock market crash, correction, or bear market? Here's everything you need to know about the markets today...