Many investors really start to study the markets this time of year in an effort to divine what's next for global markets and, by implication, their portfolios. Corporate earnings, jobless statistics, and the latest Fed machinations all play into the mix.

But for an accurate financial forecast, I prefer to simply head for some of the world's top steak houses like Bobby Van's in New York, the Hawksmoor in London, or the CHAR Bar & Grill overlooking the Bund in Shanghai - all of which are known haunts for global traders anxious to blow off some steam and have a fabulous meal.

Today I'm going to talk about what's not "on the menu" - pardon the pun - and why. Then, I'll highlight an investment poised for profits as a result.

Here's what waiters can tell you that economics can't.

Ask a Waiter - Not an Economist 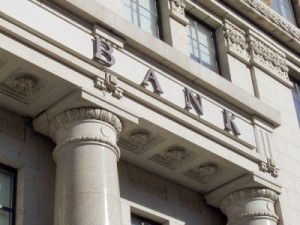 Traders and steak are an iconic combination representing the best and worst of Wall Street's excess. You can easily drop $1,000 on lunch with clients or other traders in the restaurants I've just mentioned.

Steak, you see, is the quintessential power lunch - an expression coined in the 1980s - meaning that it's selected as much for taste as it is to impress. Usually you order specific cuts of meat and a selection of delectable sides, all of which are priced individually and, naturally, outrageously.

Then, you sit for two or even three hours talking about deals, clients, who's doing what to whom. Eventually the talk moves around to trading, but not always. That depends on who's doing the "lunching" and how much "forget-you" money is involved (to use a family-friendly version of the Wall Street slang that I can't print here).

When the markets are booming you have to have a standing reservation, know somebody, or actually be somebody to even remotely have a shot at getting a table. But now that the markets have flattened out and become so uncertain, there's more hustle than bustle.

It's not uncommon to see empty tables during peak hours.

Rather than ordering steak and indulging in a few hours of gluttony and ruined ties, many traders I know seem to prefer sushi stands, organic salads, and veggies. You could argue, as many do, that this is a sign of the times and that people are generally becoming more health-conscious or that trading offices have moved away from the older financial core city areas, and you wouldn't be wrong.

But I think there's a much bigger issue at work.

Traders simply don't have as much money to burn as they did leading up to the Financial Crisis in late 2007 or even into the tail end of last year.

That's significant because of what it implies about the state of the world's economic machine at a time when central bankers and politicians are struggling to stave off the effects of deflation, earnings are collapsing, and millions of people are fighting to make ends meet.

What's more, the fact that prime tables, which are otherwise a luxury, are going empty suggests that people are not only eating cheaper, but traders are staying at their desks to deal with increasingly volatile market conditions.

The three-piece suit wearing, perpetually overweight types who once dominated the steak scene have been replaced by ultra-fit Wolf of Wall Street personas who are just as likely to wear Nike as they are Armani. Quants rule the day, and data analysts are the new royalty.

And, get this. Waiters tell me customers actually complain because the portions are too big, something that was unthinkable a few years ago when it was fashionable to leave huge portions on the table "because you could." Four-figure tips have become the exception, not the norm like they used to be.

Ergo... Wall Street actually has to work for its money these days.

That's certainly reflected in the numbers.

Goldman Sachs Group Inc. (NYSE: GS) has reported declining trading revenue four out of the last five years. JPMorgan Chase & Co. (NYSE: JPM) has a similar showing. Other trading houses like Citigroup Inc. (NYSE: C) and Bank of America Corp. (NYSE: BAC) aren't far off either, with Citigroup reporting a 7% drop in trading revenue in the first half of 2015, while Bank of America's trading revenue sank by as much as 35% in Q4 2014 and is expected to fall another 11% to 12% year over year in 2016, according to Bloomberg.

Which brings us full circle.

When Anecdotal Evidence Lines Up with Cold, Hard Numbers

In isolation, empty tables don't tell you a lot. But, when you combine that with the fragility of Wall Street's numbers lately, they paint a picture that's hard to deny.

Consider what's happened to the performance that made Wall Street the legendary place that it is.

The big banks experienced a stock boom and outperformance that made the generational bull run seem almost tame by comparison. JPMorgan, for example, returned 143% to the Dow's 109%, while Goldman Sachs and Wells Fargo also handily beat the markets' stimulus-induced and highly inflated returns.

Contrary to past booms where prices shot up and profits didn't, this one saw banks that were "too big to fail" become "too big to bail." To give you an idea, JPMorgan reported record profits of $24.4 billion - a figure previously known only to such giants as Exxon or Apple.

Now, though, things are very different.

Overall corporate profits declined four out of four quarters in 2015, but banks bled the most, and not equally at that. Bank of America's bottom line took an 11% hit, making them seem almost immune to the 38% haircut Goldman Sachs experienced in Q2 2015.

Even the comparatively well-positioned JPMorgan Chase saw revenue slow down 6% year over year.

Like many businesses, the big banks are getting squeezed, and that means broad swathes of their business are coming under pressure. Some of that's driven by consumer-based financial technology like so-called "robo-advisors," but a good portion is aimed squarely at disintermediating services that the banks have long taken for granted, like money transfers and lending.

So the big banks are actively coming up with new technology as a means of fighting back. And the biggest chunk of that is in enterprise software. But remember, we're talking about exceptionally private data here, so you've got to factor in cybersecurity, too.

My favorite way to play that is with an exchange-traded fund (ETF) like the Purefunds ISE Cybersecurity ETF (NYSE Arca: HACK). We've talked about this before, but it's such low-hanging fruit that I'd be remiss not to mention it again, at least in passing.

The other thing to think about is rates themselves.

Lower rates mean lower revenue for the big banks. However, higher rates like those the Fed seems determined to bring about mean higher returns.

So what you want to do right now is hunt for those banks that have had to lower rates as a means of keeping customers happy despite the fact that the Fed has devastated savers, yet still have a strong balance sheet and even stronger customer reserves because they still believe in customers, as strange as that may seem!

This Bank Could Roar Back as Interest Rates Normalize

Not many people know this, but things got so tight under the Fed's low interest rate regime that the bank had to lower fees on everything, including most notably money market accounts, just to keep their customers in the green.

According to Fortune magazine, adding those fees back could translate into $0.12 to $0.15 in earnings for every 0.25% rate increase when the Fed makes its move. That, says Chip Rewey of Third Avenue, translates into a stock price of $60 per share, a 60% increase from where BNY Mellon trades today.

I agree, but I think Rewey's numbers are conservative because BNY Mellon will reintroduce a slew of other fees at the same time.

Right now the bank is not especially expensive. In fact, it's trading at a price/earnings (PE) ratio of 13.83 versus the average S&P 500 stock's PE of 21.92 times earnings. What's more, it still offers a 1.79% yield. Its payout ratio is a mere 25%, according to Yahoo! Finance, which means there could be plenty of room for its payouts to grow.

The street is nervous because the bank faces the possibility of a lawsuit over a $1.12 billion loss in five residential mortgage-backed securities trusts dating to 2005-2007. I think that's overrated given Wall Street's ability to settle things lately. The Justice Department's $13 billion settlement with JPMorgan, for example, made for great headlines but only accounted for 33% of profits that year - an acceptable cost of doing business, no doubt.

What I like most about BNY Mellon, though, is the fact that the stock is down 15% from its 52-week high despite a 17% surge in earnings per common share reported in its last earnings report.

That dissonance - strong earnings combined with a significantly lower stock price - tells me that nobody properly understands the potential it heralds.

And that means you potentially have not just a good entry point, but a great entry point.

Campaign spending has already reached record levels - and we're only midway through the primaries. Politicians on both sides of the aisle are spending billions to saturate the media and sway public opinion. But while you can't escape the noise, you can profit from it: One media company is perfectly positioned to capitalize on campaign ad dollars - with 92 TV stations in 50 critical election markets - and could deliver gains of up to 420% as campaign spending surges. Click here to get all the details and start receiving all my Total Wealth research free.