In view of 2016's confusing market situation, the recent return to television of the iconic series "The X-Files" came at an interesting time. Investors are caught on the razor's edge between belief and unbelief.

Like Fox Mulder, the fictional FBI agent who desperately wants to believe in extraterrestrials, investors desperately want to believe that central banks can keep supporting the stock market in an overleveraged post-crisis world. Like Agent Mulder, however, they are certain to be disappointed and learn that aliens are little more than a government conspiracy designed to deprive them of their liberty and their money.

By relying on flawed data, the Fed is forging policies that are doomed to fail. The Fed should have started raising interest rates in 2014 (earlier, actually) and allowed the market to adjust to a normalized interest rate environment. Instead, it allowed artificially low rates to persist and impair the economy's ability to grow while exacerbating a credit bubble that is now bursting in China, the commodities space, and the high-yield credit markets.

After years of fiscal and monetary policies that failed to create sustainable economic growth, investors should take whatever profits they earned from central bank profligacy and prepare for a much tougher period ahead. The recent rally in oil, stocks, and junk bonds was an undeserved gift that should be used to lighten positions before the reality of too much debt and too little growth descends and teaches investors a lesson they will regret.

Pundits are trying to convince everyone that the bear market that began in 2014 is over. Do not believe it!

Here's what's really going on in the markets right now - and what you should do about it...

Equities Are Going Back Down - Don't Trust the Rally

Stocks rallied for five straight weeks before falling slightly during the week of the Brussels attacks. They then resumed their rally after Mother Janet reassured them that she wouldn't do anything to upset the apple cart over the next few months in view of the fact that the global economy is struggling. During the rally, all of the world's major central banks further eased policy (in many cases pushing interest rates deeper into negative territory) or, in the case of the Fed, did nothing to tighten things up. 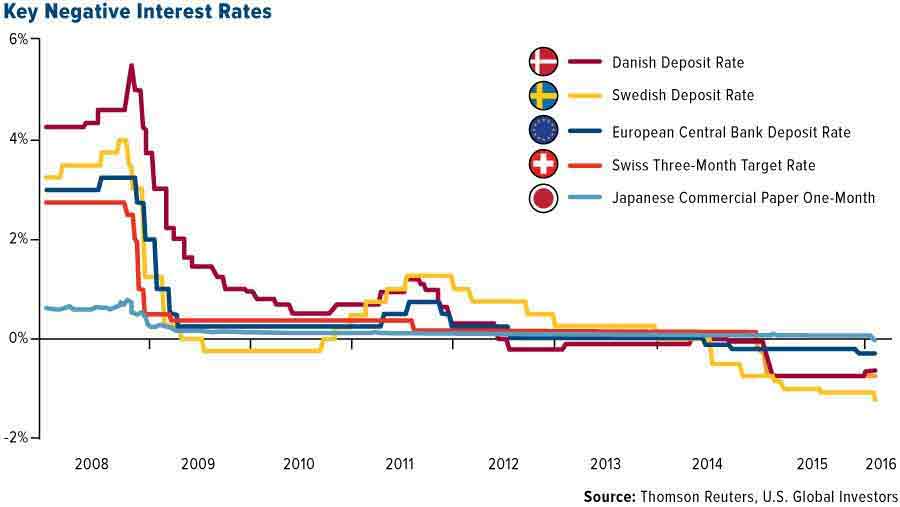 The S&P 500 jumped more than 10% above its February low as investors saw the Fed's reluctance to normalize interest rates and other central banks' actions to lower interest rates and destroy their currencies as positive events. Just as someone once said that nobody should ever overestimate the intelligence of the American voter, a truism being writ larger than ever during this presidential season, neither should anybody give too much credit to the frontal lobes of the investors driving this stock market higher.

S&P 500 earnings are lousy (even the phony "pro forma" earnings that talking heads and Wall Street analysts swallow like swill), the economy is sluggish (as one would expect when it is carrying around more than $200 trillion of debt on its back), the geopolitical landscape is profoundly unstable, domestic politics are a shambles, corporate defaults are rising sharply, and diverging monetary policies between the United States and other major central banks are likely to drive the U.S. dollar higher again very shortly.

In other words, there are few reasons to believe that the recent rally is sustainable. I maintain my S&P 500 target of 1,650 to 1,750. In my judgment, this has been a bear market rally that will soon end.

Just as investors jumping back into equities to chase the rally are likely to get burned, those investing billions of dollars in the junk bond market in recent weeks are also tempting fate.

The Junk Bond Sector Is Collapsing, but Don't Short - Do This Instead

Weak sectors with the largest amounts of debt maturing through 2020 include:

These bonds are trading too low, so you can't short them. Stay away. (Shorting bonds is dangerous because you have to pay out the coupon.)

It will be surprising if the U.S. economy does not experience a recession (or worse) between now and 2020, which would accelerate the demise of many of these companies. The high-yield market has benefitted from unusually low interest rates since the financial crisis, but those conditions are coming to an end not because of the Fed's actions, but because the market has repriced risk.

Successful investors will be those capable of identifying specific companies that can weather the storm. Sprint Corp (NYSE: S) and NRG Energy Inc. (NYSE: NRG) are two long plays I would recommend.

Investing in exchange-traded funds (ETFs), mutual funds, and other broad-based vehicles over the next several years is unlikely to generate satisfactory risk-adjusted returns and could end up blowing up in investors' faces, particularly since liquidity conditions in this market are simply awful.