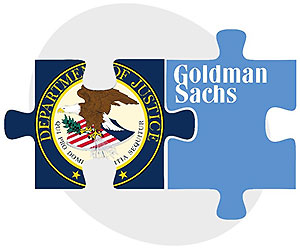 Yesterday, New York Attorney General Eric Schneiderman announced the Goldman Sachs settlement with the U.S. Department of Justice is a done deal. The investment bank will pay $5.1 billion to resolve accusations of wrongdoing that led to the 2008 subprime mortgage crisis.

Mainstream media sites jumped all over that $5.1 billion figure, gawking at the size of it.

Yes, that is a lot of money.

But Money Morning Capital Wave Strategist Shah Gilani, who has spent more than 30 years combing through Wall Street BS to bring investors a more profitable truth, was quick to point out how laughable that multibillion-dollar figure really is…

"The Goldman Sachs settlement – like everything Government Sachs does – isn't what it seems," he said. "The headline $5.1 billion settlement number is a joke."

As it turns out, Goldman Sachs Group Inc. (NYSE: GS) is actually getting another break from Uncle Sam.

What You're Not Hearing About the Goldman Sachs Settlement Sum

The settlement reached between Goldman Sachs and the DOJ is a structured one. In other words, money paid out by the guilty party is done so as an annuity, or annual fixed sum, rather than as a lump sum.

In this case, nearly half of Goldman's settlement — $2.4 billion — will be paid out as a civil penalty.

The rest, however, is to be disbursed as consumer relief provisions to help those hurt by the financial crisis.

Again, Gilani is spot on. (By the way, the "Giant Squid" reference is a riff on what Rolling Stone named Goldman Sachs in a 2009 article: "The Great Vampire Squid.")

On the surface, Goldman is being forced to spend $240 million on affordable housing. But according to a New York Times report released yesterday, a chart attached to the defrayal plan "explains that the bank will have to pay at most only 30% of that money to fulfill the deal. That is because it will receive a particularly large credit for each dollar it spends on affordable housing."

It turns out that for every dollar that Goldman spends on affordable housing, it will get a $3.25 tax credit toward that $240 million sum. The investment bank is incentivized to pay this out early, as up to 15% more credit is available should it do so, reported CNBC this morning.

Goldman will likewise get a dollar credit for each loan forgiveness settlement it reaches. And again, the sooner, the better.

This particular perk outweighs what was granted to rival Wall Street leviathan JPMorgan Chase & Co. (NYSE: JPM) when it reached a similar deal with the DOJ in 2013. JPMorgan earned a $1.15 credit toward its settlement requirements for each dollar of loan forgiveness it offered within the first year following the settlement, according to the DOJ in 2013.

By contrast, Goldman is getting $1.50 of credit for each dollar of loan forgiveness within the first six months after the settlement.

You see, it's the American taxpayer that will shoulder Goldman's government subsidy. Any debt relief a homeowner receives from Goldman as part of yesterday's settlement will count as taxable income. An appendix to the settlement notes that Goldman has to "clearly disclose to borrowers the potential tax consequences of any relief offered or provided."

In total, the settlement's fine print suggests that Goldman could end up paying over $1 billion less than the $5 billion that was announced by Schneiderman yesterday, stated CNBC.

The 2016 Stock Market Crash: The 2008 financial crisis chopped about 56% from the S&P 500. And in an effort to stop the bleeding, governments simply laid the groundwork for a 2016 stock market crash. Here's when and how that market plummet is going to play out…

STATE SPONSORED THEFT EVEN GREATER THAN GOLDMAN SACHS.
Check out this evidence of John Kasich's Ohio Covering up Racketeering & Money Laundering for Bank of New York Mellon who is methodically Cheating Investors they repeatedly re-sold the same bill of goods via Spoliation of Securitization Documents such as Mortgages & Notes in Judgments. At the same time they are stealing thousands of family homes under color of law. In one illegal judgment alone there are 58 Blocked-out Redactions to hide Loan Information.

BNY is Trustee of 67,000 Corporations & has undue influence over Ohio’s entire legal system. Google: "Jerry Blake" for Linkedin page of a real estate broker who was previously licensed in securities with the real dirt on how BNY Mellon, Politicians, Judges & Public Officials have sold all of us out. Stop being anonymous. Please pass this on in social media

Like anyone with half a brain is surprised by any form of government corruption. Working class people are becoming tired of witnessing double standards practiced by politicians elected to represent them. Any wonder why Trump is gaining ground?