Oil prices have been moving like a yo-yo lately - up and down within a given range, seemingly without reason.

By the time the oil market closed at 2:30 p.m. ET on April 7, West Texas Intermediate (WTI, the NYMEX benchmark rate for futures contracts) had shot up 5.2% for the day. Dated Brent, the other (and more used) global benchmark set in London, had increased 4.5% for the day.

Now, the immediate cause of this latest rally was short covering, which should peter out. That means the yo-yo is set to continue.

But behind the scenes, the pieces are getting in place for crude oil prices to move up to $42 to $45 per barrel - soon.

And that will give you plenty of opportunities...

Why the Oil Price "Yo-Yo" Will Swing Back Up Again 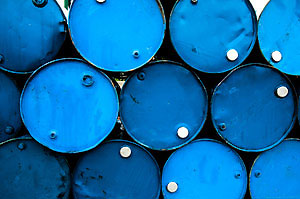 The current rise in prices results from two very different causes. The first is another misread of the market. You see, each week, a number of pundits are surveyed to provide an estimate of how much oil has been produced. This survey projected a further rise, but the market instead provided a rather significant drawdown from surpluses available.

This should come as no surprise, as these alleged "experts" are wrong about 70% of the time. But even so, oil traders must remain very sensitive to the balance of supply and demand when determining strike prices for futures contracts.

Second, an OPEC meeting between cartel producers on the one hand and Russia on the other is set for April 17. This gathering will discuss a production cap (not a cut) that would use the production totals from January as the basis.

There are several matters to keep in mind when it comes to this meeting...

Even Russia Is Onboard with the Production Cap

January was one of the highest global monthly production totals on record. So anybody signing on to the cap is not really giving up anything. A number of producers just about reached their maximum levels anyway by the time the money was coming to a close.

These producers are now in the unenviable situation of having to sell more at lower prices to continue any sort of revenue flow. When it comes to the main non-OPEC producer - Russia - production is just about at maximum levels already.

Now, Moscow has never actually cut production after agreeing to do so. But it may well sign on to a cap that allows them a level of production they probably couldn't surpass anyway.

Which brings us to another oil producer reluctant to agree to the deal - Iran.

Now, Iran will still be at the meeting but is likely to receive a "pass" from Saudi Arabia and the rest of OPEC.

Here's what that really means...

Iran's Exemption Won't Do Them Much Good

Tehran insists that it be allowed to raise its production and exports to the levels recorded prior to the imposition of Western sanctions. But as you've seen previously, Iran faces both technical and political hurdles.

For one, major problems in both oil fields and infrastructure will make the production and export target impossible to meet.

In fact, the condition of fields and assets has in some cases reached crisis levels, resulting in accelerating declines in oil production there. To offset this, Iran urgently needs outside capital and expertise.

But internal disagreements among the country's leadership are getting in the way...

So far, three separate attempts to meet with Western sources of both money and knowhow (all three supposed to have taken place in London) have been cancelled because Iran could not reach a consensus among its own leadership on how to accomplish this.

The country's clerics are steadfast against allowing foreigners to own either Iranian land or raw materials. These prohibitions are enshrined in the 1979 Constitution and subsequent statutes.

In contrast, the leadership of the Revolutionary Guard (supposedly the guardians of the Iranian system) have been profiting from smuggling both better oil products into the country and discounted inferior oil production out.

And throughout all this, officials heading up the Oil Ministry must contend with an increasingly desperate production sector without outside help.

But Iran's refusal to cooperate also has international repercussions...

Iran Needs a Production Cap Just Like Everyone Else

Now, Iran can increase its share of the global export market only by wrestling an increasing percentage from those who already have it. To do that, the country will have to undercut the existing prices of its competitors'.

And that means it will have to sacrifice its primary objective - revenue.

Just as there needs to be a balance struck between projected worldwide production and demand, a balance must be established among oil exporters themselves. Otherwise, the battle for market share will continue - increasing production, decreasing revenue, and hurting everybody's central budget.

A cap on production will be enough to stabilize prices, as well as (and even more importantly) stabilize traders' expectations. A price south of $50 a barrel will continue to discourage much of the more expensive production now withheld from the market - and thereby suppress excess volume from depressing prices.

In other words, a production cap doesn't mean a rush to $70 oil. But it will mean less yo-yoing of prices.

And it does lead the way to a new, tighter range for oil prices...

Oil prices will flatten out at about $40 in New York, or right on schedule for the $42 to $45 per barrel target I have set for crude prices by mid-June. This move up will be slow because of the significant excess reserves that can be easily brought to market should the price rise further (and make those reserves profitable to extract).

But what's important for energy investors is that prices stabilize moving forward.

That's because, with a stable price, there is no real incentive to continue heavy short positions. The margins would not allow sufficient returns to justify the risk.

Stable prices would also allow the market price to reflect the genuine value of the "wet barrel" (the actual oil being traded). Once the price of the "paper barrel" (the futures contract) and the wet barrel match, that would also clear out some of the new derivatives that are distorting the market.

In short, stability in the pricing of oil (and a corresponding decrease in the volatility of crude prices) provides a floor for trading in both oil and the companies working about it.

That's all we need to move back in to the markets and make some money. Remember, this is still a much undervalued sector with plenty of opportunities.

This Oil Price Forecast Shows Why Crude Supplies and Imports Are Rising: U.S. crude inventories are sitting at record highs right now - and yet U.S. crude imports are increasing. Why on Earth would we import more oil when we may be forced to fill swimming pools with it soon? The answer is very simple, and it becomes clear when you see these oil price targets...