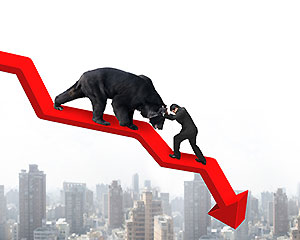 Dow Jones Industrial Average News, 4/14/2016: The markets remain mostly flat, but that's not saying much when expectations are their lowest since the financial crisis.

This week, investors are clawing through earnings statements and taking a wait-and-see approach as global macroeconomic threats hover.

Dow Jones futures were down marginally this morning as traders digested earnings reports from some of the nation's largest banks.

Here's a breakdown of why the Dow is flat this morning.