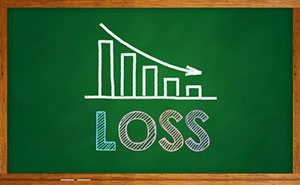 Dow Jones Industrial Average News, 5/13/2016: The U.S. markets are hoping to hold up their recent upturn, despite conflicting data about the health of the national economy.

Yesterday, weekly jobless reports pushed higher, while tech giant Apple Inc. (Nasdaq: AAPL) saw shares fall to multiyear lows. The ongoing problems in the domestic manufacturing sector combined with ongoing woes in the jobs market have pushed economists to all but eliminate the possibility of an interest rate hike.

Economists project a September rate hike, while the futures market expect the probability of a rate hike to not top 50% until December.

Dow Jones futures projected a 66-point slide ahead of a retail data update today. Investors are cautious after this week's topsy-turvy market that has witnessed 200-point swings. Investors also have concerns about the health of the retail sector.