In an attempt to wean Germany from any dependence on nuclear energy, a few years ago the government of Angela Merkel embarked on a massive project to use renewables – solar and wind power – to usher in a new age of environmentally friendly power production.

The initial results have hardly been what the ministers intended.

Phasing out nuclear power and moving into reliance on low-carbon power sources has actually resulted in a situation that's far worse – for both the environment and for German power consumers.

But now, Berlin is abuzz with the latest attempt to rescue Germany's massive energy reorientation.

I'm talking about €17 billion ($19.3 billion) being pushed into one specific sector of the market… an energy sector we've advanced in Oil & Energy Investor for some time…

Germany Lacked the Technology for Its Original Plan 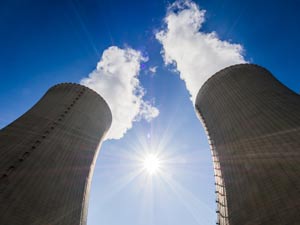 Now, everybody knew that such a change would require significant improvements in both infrastructure and electricity generation. Some of these require advances in technology that simply aren't available on the market yet.

On the one hand, that provides a magnificent target for scientists, technicians, and entrepreneurs on both sides of the pond.

These opportunities involve tackling the inversion problem (the loss of energy when the direct current generated by solar or wind is converted to the alternating current necessary for use on the power grid), the lack of a revolutionary breakthrough in battery storage (the holy grail in the next generation of power production), and everything in between.

On the other hand, this German energy overhaul signals tough times and sky-high energy prices until these breakthroughs emerge.

Now, nuclear power may have its detractors, especially after the Japanese Fukushima disaster five years ago. That was the event that mobilized the political movement in Germany that brought down nuclear power.

But it remains true that nuclear power is still the cheapest way to generate electricity and, at least from a carbon standpoint, has no environmental impact.

Unfortunately, to date, this has fallen on deaf ears in Germany. The country's power grid is now a much more expensive and carbon intensive energy space than it was when this zero-nuclear experiment began.

The country is importing record amounts of American coal to make up its energy shortfall, worsening the environmental impact. This has further required an extension of the life of several already outdated coal-fired power plants.

But on the nuclear front, Germany's situation is even more embarrassing…

You see, to cope with the shutdown of its own nuclear power plants, Germany is importing record amounts of electricity generated by neighbor France – where over 70% of the power comes from nuclear reactors.

So much for the switch to low-carbon, zero-nuclear…

Of course, another consideration brought to the fore by Germany's attempt to rely on solar and wind as the primary energy source – something never attempted before anywhere – is the need for backup power generation.

The reason is simple: Solar power requires sunlight, and wind power requires a breeze. Cloudy or calm days must be accounted for, as do the need to balance peak and off-peak demand, the inability to gather solar power during nighttime, and having to shut off turbines when wind gusts record velocities much above 40 to 45 miles per hour.

Which makes Germany's five recently announced policy initiatives intriguing. Not the least of which comes from the new emphasis on something we've advocated all along in Oil & Energy Investor…

You see, Germany's Ministry of Economic Affairs has released a new €17 billion strategy to boost energy efficiency in the country. The plan stretches until 2020 and has five parts:

Make no mistake – the German energy quandary is not a simple nut to crack.

Nonetheless, if policy initiatives like these pan out, there are going to be some nice investment opportunities – €17 billion in just four years is no laughing matter – in what is a rapidly expanding energy efficiency segment, both in the generation and usage of power.

I'll be following this, and any opportunities it opens for U.S.-traded companies, closely, right here.

Saudi Arabia's Success Is About to Kill OPEC: As far as the oil market's concerned, it's raining cats and dogs. That's because Saudi Arabia's oil strategy – maintaining oil production in the face of a global surplus – appears to be working. But that very strategy may well kill OPEC in the process…