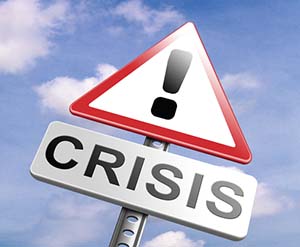 The U.S. Federal Reserve prepares to meet on Tuesday to discuss monetary policy and the timing of the next rate hike.

Terrorism was back in focus over the weekend after the deadliest mass shooting in U.S. history hit Orlando, Florida. An armed assailant killed 50 people at a nightclub. President Obama called the attack an act of terror and hate.

A second possible attack was stopped in California after police arrested a suspect carrying weapons.

Dow Jones futures projected a 60-point decline at the opening bell. The ongoing worries about a potential departure from the European Union by the United Kingdom has fueled increased concerns about international trade, economic growth, and geopolitics.

On the deal front, Symantec Corp. (Nasdaq: SYMC) announced plans to purchase Blue Coat Systems Inc. for roughly $4.65 billion. The deal is seen as a boon for the cybersecurity firm, as it will bolster its portfolio. Blue Coat – which is abandoning a planned IPO to accept this deal – will see its current executive Greg Clark assume the helm at Symantec Corp.

On June 23, voters from the United Kingdom will vote on whether or not they will begin the process of departing the European Union, which is the world's largest economic bloc. With polls indicating that the vote could come down to the wire – and that a rising number of British voters are planning on voting in favor of a departure from the EU – traders are realizing that economic calamity could soon follow. Over the weekend, Prime Minister David Cameron warned that the British economy was facing a "lost decade" should it leave the EU. That said, investors should prime themselves for a rare profit opportunity from this event. Read all about it, right here.

Crude oil prices slipped again this morning as ongoing concerns about the global economy weighed on investor sentiment. WTI prices slipped 1.2%, while Brent crude was off 1.0%.

The 5 Most Important 2016 IPOs to Watch: There was a shocking absence of IPO activity in 2015. But we'd like to see these five companies go public in 2016. If they do, they'll be the most exciting and promising deals of the year…
Join the conversation. Click here to jump to comments…