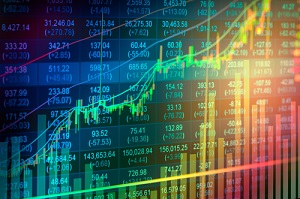 The Dow Jones Industrial Average rallied again on Thursday as investors shrugged away concerns about the Brexit. The Dow received another boost after Bank of England Governor Mark Carney hinted that the central bank may consider stimulus in the form of interest rate cuts.

Brexit Triggers Rush to "Insure" Life Savings: Billionaires are sinking millions into "crash insurance" in an effort to protect themselves against another 2008-style meltdown. If you haven't shielded your holdings you better act now before all hell breaks loose. Read more...

Today, the Dow took off for another triple-digit gain. Markets expect central banks will do their best to prop up the European financial sector. The Dow Jones and the S&P 500 received their biggest boost today from General Electric Co. (NYSE: GE), which saw its stock increase 1.3%.

The company received a stock upgrade from Goldman Sachs Group Inc. (NYSE: GS) a day after its financial arm GE Capital was able to shed the moniker of "Too Big to Fail." Meanwhile, shares of Apple Inc. (Nasdaq: AAPL) were up 1.1%, helping to push the Nasdaq up another 1% on the day.

The International Monetary Fund has offered a dire warning about the health of the world's largest banking firm, Deutsche Bank AG (USA) (NYSE: DB). The global agency says that the German bank is the single riskiest financial institution to the health of the international economic system. The announcement came not long after the U.S. Federal Reserve released its stress test results. The Fed also authorized stock buyback plans for 31 of 33 banks. The only two not to receive approval from the central bank: Banco Santander SA (NYSE ADR: SAN) and Deutsche Bank.

The Federal Reserve is back in focus as St. Louis Fed President James Bullard spoke in London. The Brexit remains a big concern for the central bank, but the attention today was on U.S. monetary policy. Bullard said that he expects a single rate hike later this year, despite expectations from the market that see a low probability of an increase in December 2016.

Investors may be thinking that the worst from the British vote to leave the European Union is over. However, there are two ticking time bombs that investors seem to be missing and that the mainstream media is ignoring. This week, Money Morning Associate Editor Cameron Saucier spoke with Capital Wave Strategist Shah Gilani to get his thoughts about what it would take for the EU to collapse. These two factors could lead to the final demise of the EU.

Crude oil prices slid again on Thursday. Traders continued to take profits from the post-Brexit rally and concerns about oversupply rattled the markets. WTI crude prices fell 3.1%. Brent crude dipped 1.7%. Global supply concerns are back in focus as production centers in Nigeria and Canada continue to bring supply back online.

Now, let's look at the day's biggest stock movers and the best investments in times of global uncertainty...

By using these three penny stock strategies, you can separate promising penny stocks from the ones that aren't worth your time....