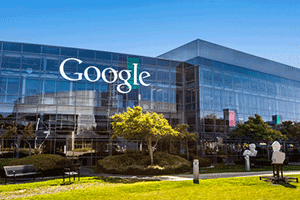 The Alphabet Inc. (Nasdaq: GOOGL) stock price is soaring today (Friday) after the company posted a 24% increase in quarterly profit.

In morning trading, the GOOGL stock price was up more than 4.3% and trading just under $800 per share. That's quickly approaching GOOGL's all-time high of $810.35.

And we believe today's gains are just the start for the GOOGL stock price.

Before we get to our Google stock price outlook, here are the most important figures from yesterday's earnings report…

Alphabet CEO Sundar Pichai said the strength of the quarter was driven by Google's mobile business. He added mobile will continue to drive GOOGL going forward.

GOOGL is also betting the cloud will become a chief revenue driver over the next several years. The company is investing heavily in building a new data center.

Mobile, cloud, and moonshot potentials are what will keep GOOGL growing and investors reaping steady and lucrative rewards.

Here's what to expect from the GOOGL stock price moving forward…

Why Today's GOOGL Stock Price Rally Is Just the Start

"You have to give them props for being forward-looking, for doing innovative things, and for killing on their core business – doing it so well they can do all these other fun, amazing things," Barton said in early 2016.