Sometimes, the energy sector moves so quickly, you forget what project you were on… or even where you are. The last several days have been like that.

Early yesterday afternoon, I returned from a very hastily called weekend meeting in Abu Dhabi, only to greet a European party arriving in the evening for a session at my place in South Florida.

Both meetings were centered on the immediate future of global energy investment. With what's shaping up globally in energy, one can always catch up on sleep later…

It's certainly the case that there has been more movement in the last eight weeks than over any equivalent two-month period I can remember (and that spans over four decades in the energy business).

We're about to see major changes in how energy investment plays out over the next several years.

Now, over the weekend, the focus was on international directions in crude oil finance. But last evening, I put my "European mindset" hat back on.

That matters, because the emerging European perspective in energy is quite different… and a lot more expensive…

Europe Is Turning into an Energy Basket Case 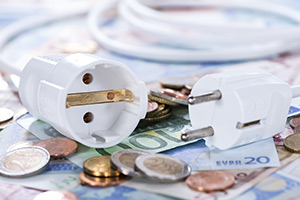 In this case, attention is fixed on three things:

It's safe to say that at this juncture, most of this is up in the air.

First off, Germany is embarking on the next stage in its "green" agenda, and France has recommitted to being the world's dominant nuclear economy.

Meanwhile, Italy is once again worried about negotiating adequate imports of natural gas from Russia (via pipeline) and Qatar/North Africa (as liquefied natural gas, or LNG, shipments), while Poland returns to its earlier plans of resurrecting coal production as the country's shale gas remains elusive and prohibitively expensive.

All of which signals that there is positively no cohesive vision for what an energy policy for Europe should be.

True, there has been much time spent on plans addressing a balance of sourcing – one that places less reliance on imports from Russia while at the same time providing just enough incentive for the two dozen-plus members to want a piece of the pie.

And then there is the challenging agenda to address climate change and carbon emissions, with a corresponding set of multiyear goals…

It was expected that the breakthrough accorded by the UN Climate Deal, struck last December in Paris, would jumpstart this initiative.

Reports have emerged from, and hundreds of thousands of man hours expended at, the EU headquarters in Brussels. Some of this had provided fodder for the "leave" side in the British Brexit vote.

Yet a simple fact had emerged well before the June UK shocker, which brings us to the second factor in Europe's changing energy landscape…

Aside from laying down largely pointless targets, there was no consensus in Paris on how to achieve the grand climate objectives agreed on there. It would require once again burying Europe under (yet another) mountain of government subsidies and debt.

In other words, financial hardship is coming home to roost.

Europeans are already facing some of the highest energy costs worldwide. This new environmental agenda will add to that without guaranteeing any additional supply of energy. In fact, these new directions are certain to raise the price even higher.

That's because the increasing emphasis on renewables, especially solar and wind power, has a hidden and counterproductive price tag. Power, after all, must be provided regardless of demand, grid conditions… or weather.

But short of a game-changing development in battery technology, electrical power cannot be stored in sufficient quantities.

Instead, it must be generated continuously – even when the sun doesn't shine or the wind doesn't blow.

The result is what you'd expect, but not what the people writing these climate targets want…

Germany Is Getting Exactly What It Didn't Want

As a result of this policy, less desirable (and always older, less efficient, and more expensive to operate) coal and even oil-fueled plants must be kept in operation to provide the necessary support.

While some of these plants could be replaced by natural gas, the lack of sufficient local supply results in European nations becoming more dependent on imports of natural gas.

Finally, Germany's experiment with pushing renewables hard and fast has shown just how difficult it is to make a massive shift in energy dependency.

This German move to solar and wind has taken longer than expected, while the (much quicker) phasing out of Germany's nuclear power plants has resulted in a shortfall of power.

That has produced the worst of all possible worlds. As the average German experiences spiking electricity bills and a rise in taxes to subsidize renewables, the combination of power needs and backup generation is producing something quite bizarre…

German and British Utility Bills Are Both Set to Rise

To offset the shutdown of Germany's nuclear power plants, the country is now importing more electricity than ever from across the border in France… electricity generated by the very detested nuclear power technology that Germany was trying to avoid.

As if that wasn't enough, keeping the nation warm in the winter and cool in the summer has created an even greater embarrassment for the environmental movement: In addition to French nuclear power, Germany has also been forced to import record amounts of American-produced coal.

Now, the UK has not escaped this European energy mess simply by opting out of it.

The collapse in the exchange value of the British pound sterling (caused by the Brexit vote) has already resulted in record exports of natural gas from the UK to Europe, to be followed by hefty (and higher-priced) imports when the weather gets colder later this year (as you saw last week).

Oh, and both English and Scottish power generators have begun to cancel discounts for end-users. The end result is that British consumers are going to face some of the steepest rate hikes in recent memory.

That's what the energy situation in Europe currently looks like, and what we'll be discussing here in Florida over the next several days. I'll fill you in on any developments as soon as I can…

Next Up: Watch Out for Energy's $53 Trillion Ticking Time Bomb