Most investors believe that you've got to take huge risks with high flying stocks like Google, Facebook, and Amazon to make huge profits. They couldn't be more mistaken.

In fact, the biggest profits often come from stocks that are about as exciting as watching paint dry or the grass grow.

Don't Miss: How to Make 2016 Your Wealthiest Year Yet

Try beating the markets by…

That's not atypical around at Total Wealth, nor is it unusual in our sister services, Money Map Report and High Velocity Profits. In fact, I'm tracking one company right now that's already built up a 12-to-1 advantage. What's more, it's still a great buy.

Naturally, I'm going to share it with you today, but before I do so, I need to set the stage.

That way you can use what you learn in the next few minutes to find this kind of profit potential, too.

The Investing Strategy That Can Help You Beat Buffett 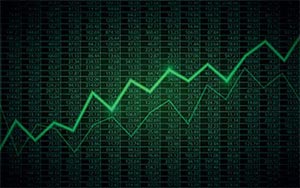 I've talked with tens of thousands of investors over the years, and an overwhelming majority of them believe that finding the right stocks is a difficult, time-consuming, and mind-numbing task.

Through bull markets and bear markets alike, the best companies – meaning those with the most profit potential – ALL have one thing in common when it comes to upside…

Never heard of it?

Most investors haven't. Not surprisingly, the F-Score is one of Wall Street's best-kept secrets.

It was created by a brilliant yet unassuming accountant from the University of Chicago and Stanford named Joseph Piotroski, and it ranks publicly traded companies using nine easy-to-understand criteria that are compared year over year:

Piotroski's research is very well-established. In fact, you can read his initial report and research here if you're up for it.

Or you can simply concentrate on the results.

Imagine it's 1976 and you invested $1,000 in stocks rating an 8 or 9 of the nine possible points in the Piotroski Score.

Over the next 20 years, your money would have turned into $77,269.36, having averaged a stunning 23% a year – incidentally, that's about 3% better than Berkshire Hathaway Inc.'s (NYSE: BRK.A) average compound annual return since 1965, according to Buffett's 2015 letter to investors.

People tell me frequently that they don't have the "time to wait" whenever I bring up longer-term research like this and I get that… so let's put that nonsense to bed right now.

What's more, high F-Score stocks rose an average of 32.6% even in 2008 when the markets suffered a positively terrifying 43% drop!

Still don't have the "time?"

Very few investors can afford to throw away that kind of potential.

Not back then and certainly not now, when the geopolitical situation stinks, earnings have tanked, and the Fed has no idea what it's doing. Throw in terrorism and an uncertain election while you're at it and one thing becomes abundantly clear…

…you've got to stick to the best companies to make the best (and biggest) profits.

Investors ask me all the time how those numbers can go up as the markets worsen, and there's actually a very simple answer: the same volatility that everybody fears allows you to buy at a steep discount.

That's why we talk about the best companies so often.

They're the ones with fortress-like balance sheets, experienced management, and growing profit margins worth protecting.

Everything else is a risk you don't need or want, especially now.

Speaking of which, let me tell you about one such stock I recommended to High Velocity Profits subscribers back in November: Huntington Ingalls Industries Inc. (NYSE: HII). So far it's returned 43.5% versus only 3.38% from the Dow over the same time period.

That's a more than 12-to-1 "beat" and a cumulative advantage that gives every subscriber following along a huge advantage when it comes to building the kind of wealth most folks only dream about.

If you're not familiar with Huntington Ingalls, the company is a defense contractor best known for its services to the nuclear, oil, and gas markets, as well as for being this country's largest military shipbuilder.

The company has an $8.12 billion market cap, is trading at a very affordable 18 times earnings and a low beta of only 1.13, which means it's very stable under a wide variety of market conditions that scare the you-know-what out of most investors.

Huntington Ingalls also pays a 1.17% yield, which means that shareholders who own it are being paid cold hard cash at a time when the 10-Year Treasury Note yields only 1.5%.

So can you march right out and buy Huntington Ingalls?

The research shows quite clearly that you'll probably do okay as long as the underlying fundamentals are getting stronger and reflect an 8 or 9 on the Piotroski Score.

But if you want to rake in the really big bucks, you'll need something else…

Most people think this involves an element of market timing, and they couldn't be more wrong.

I'll explain why in the weeks ahead.

Editor's Note: The Piotroski Score is a valuable signal that can lead investors to life-changing profits, but it's not the only one Keith's got in his wheelhouse. In fact, he's just utilized a different piece of the Total Wealth system to uncover one little-known company positioned for 420% gains as the presidential battle unfolds. To get his full report, including ticker symbol, sign up for Total Wealth here.