I'm all for radical tax reform: getting rid of tax deductions, ending estate taxes, and most of all, drastically lowering income and corporate tax rates. Read this if you don't believe me.

But there's one section of the economy where we need more taxes.

We Need a "Sin Tax"… on Derivatives 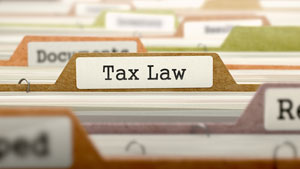 Toward the end of 2009, proposals were floated in Congress to impose a modest tax on certain types of securities transactions. One proposed piece of legislation, titled "Let Wall Street Pay for the Restoration of Main Street," would have imposed a 0.25% tax on the sale and purchase of stocks, options, derivatives, and futures contracts. Wall Street is unalterably opposed to any such tax, but it is a good idea for a number of reasons:

Transactions such as credit default swaps and leveraged buyouts and recapitalizations have extremely wide profit margins built into them by Wall Street dealers and can easily bear the type of tax proposed here. As someone who has worked in these markets for more than two decades, I can assure readers that Wall Street arguments to the contrary are both self-serving and false. One of the points of such a tax would be to make Wall Street firms and their clients think twice about engaging in speculative activities that contribute nothing positive to society, and force them to give something back economically if they are hell-bent on engaging in such activities.

Editor's Note: Investors can profit from gold no matter where prices are going. We have everything you need to know about gold in our new guide on gold investing…

Rather than a flat 0.25% tax on securities trading, I would propose a sliding-scale tax rate applied to the face amount of the following types of transactions:

Coupled with other measures aimed at reducing systemic risk (i.e., increasing capital adequacy at financial institutions, increasing collateral requirements, and imposing listing requirements for credit default swap trades, and so on), such a tax would impose a cost on activities that add little in the way of productive capacity to the economy and increase systemic instability. Obviously any such tax would have to include provisions to prevent forum shopping so investors and traders could not avoid the tax by moving their activities abroad.

Such a tax regime would also contribute to the progressivity of our tax system by asking those who benefit the most from our economy to pay a little more in the way of taxes. The tax should not be imposed on stock, bond, and bank loan investments in retirement accounts under $1 million in size (IRAs, 401(k)s, etc.).