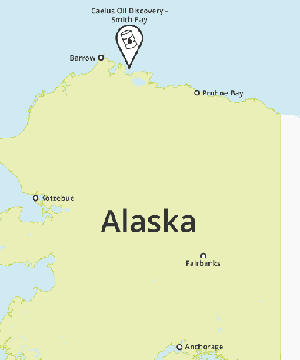 That's why for oil, Alaska just became the next North Dakota.

According to an Oct. 5 press release, the private company's new oil discovery could yield up to 10 billion barrels of light oil, which is more easily recoverable from the ground than other types of oil. To put that amount into perspective:

The newly discovered 126-square-mile field is located in Smith Bay, an area just 30 miles north of the Arctic Circle.

In a public statement, Caelus CEO Jim Musselman said the discovery was so significant, that it could "play a meaningful role" in sustaining the Alaskan oil business over the next three or four decades. Although Caelus has only done preliminary testing, the discovery could increase Alaska's oil reserves by a staggering 80%, according to Forbes.

What's truly remarkable, however, is how Caelus' discovery looks compared to the massive North Dakota oil discovery between 2006 and 2012.

Here's Why for Oil, Alaska Just Replaced North Dakota as the Hot Spot