Last week was another challenge for the price of silver per ounce.

Silver prices dropped 5.8% on Tuesday alone and are down about 17% since peaking in early August.

What triggered this sell-off?

Well, it's mostly thanks to Fed officials saying they think the case for a rate hike has improved. 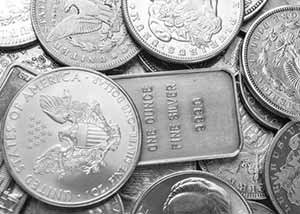 Plus, a report surfaced on Tuesday about ECB officials indicating it could be time to start tapering the central bank's asset purchase program, ahead of schedule. The ECB has been buying 80 billion euros in bonds monthly in an effort to stimulate through QE.

Thirdly, the price of silver per ounce tends to closely follow gold. Gold is off about 8% from its August highs.

In the meantime, there are all sorts of calls for higher and lower prices from here. First, here's a look at how silver trended last week, and where I see the price of silver per ounce headed from here…

Why the Price of Silver per Ounce Is Trending Lower

Tuesday saw major action for both silver and gold. At the NY open, the price of silver per ounce was trading at $18.66, only slightly lower than its previous close. Then silver tanked and closed at $17.78.

Thursday brought more aggressive selling once again. At the open, the price of silver per ounce was priced at $17.68, then immediately dropped. Silver prices closed out Thursday at $17.29.

All this action was at least partly affected by the U.S. Dollar Index, which enjoyed considerable strength over the past week. 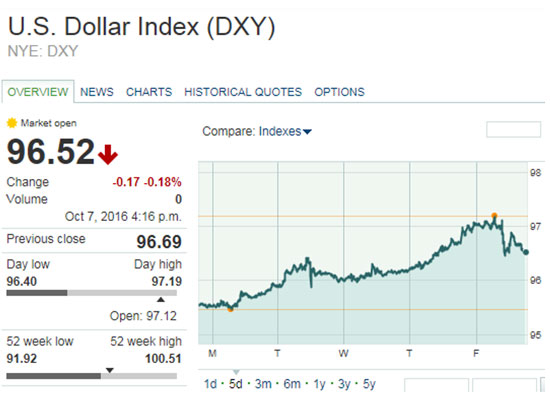 So after this harrowing sell-off, what can we expect from the price of silver per ounce going forward?

Here's Where the Price of Silver per Ounce Is Headed Now