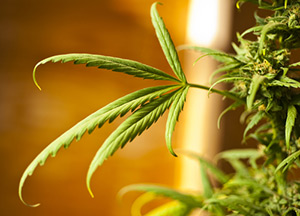 We're pointing out some of the best marijuana stocks on the market today. That's because the marijuana sector is poised to receive a major catalyst from the upcoming Nov. 8 election.

In fact, it could be a game changer for marijuana stocks...

After Nov. 8, marijuana could be legal for medical or recreational use in 29 U.S. states. Nine states will vote on marijuana initiatives next week.

Currently, marijuana is legally permitted for medical use in 26 states. Voting to raise that number to 29 are Florida, Arkansas, and North Dakota. Meanwhile, voters in Montana are voting to decide whether to ease current regulations on medical marijuana.

The growing trend of relaxing marijuana restrictions puts further pressure on the federal government to lift its ban on the drug.

Most Americans overwhelmingly support medical marijuana use. Gallup polls show the number of Americans backing full legalization has surged from just 12% in 1969 to 60% today.

As acceptance of marijuana use has surged, so has the marijuana industry. And it is expected to grow much bigger...

The market for both recreational and medical marijuana is forecast to grow from $7 billion this year to $22 billion by 2020 if California votes yes, according to Arcview Group.

And we've already seen some of the best marijuana stocks soar because of this industry growth.

For example, Aurora Cannabis Inc. (OTCMKTS: ACBFF) has seen its stock soar nearly 300% in 2016 alone. The company works with a variety of medical marijuana and cannabis oil products.

Or look at Mentor Capital Inc. (OTCMKTS: MNTR). This marijuana stock has skyrocketed 357% in 2016. MNTR is a private-equity firm, specializing in marijuana companies.

And as a service to readers, Money Morning has created a 90-page cannabis investing guide called The Roadmap to Marijuana Millions. This "bible of weed investing" reveals the world's top marijuana stocks every serious investor should consider right now. Normally valued at $499, it can be yours absolutely free. To learn how to get your free copy, click here. This offer is only available to the first 500 people who respond today. So please go here now to reserve your copy.

I'm definitely going to be in the middle of pretty much all the pot that I can deal with, without putting me in a strain, that's why I have to go to my bank and check out my safety deposit box that I can use on this venture. I just let today go before I even had a chance to do anything and I have been trying to get to the bank since the beginning of the week. I deal with mostly cash that way I don't have to worry about as little as possible I keep my safe with enough flow to last a long time! I don't usually miss the beginning of the month cause I have to go get my rent checks and deposit in 1 account r another

Thanks for the information

what 70 cannabis stock is everybody talking about

I'll see what happens. Thanks

You never know!
But if you never try you never succeed

How do I get a piece of the pie?