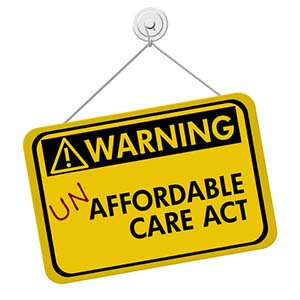 In a debate on Oct. 9, Trump stated, "Obamacare is a disaster… We have to repeal it and replace it with something absolutely much less expensive."

He attacked the Affordable Care Act (ACA) again on Oct. 25, saying his employees' "healthcare is horrible because of Obamacare. So we'll repeal it and replace it."

And in a recent speech in Philadelphia on Nov. 1, Trump said, "If we don't repeal and replace Obamacare, we will destroy American healthcare forever." He continued, "We will do it, and we will do it very, very quickly."

Indeed, there are three ways Trump can end Obamacare with his newfound executive power…

Way Trump Can End Obamacare No. 1: Through the Senate

With Trump in the Oval Office and a Republican-controlled Senate, repealing Obamacare will absolutely come up — but it won't be an easy path…

Don’t Miss: How Small Investors Can Take on Wall Street… and Win

Republicans need 60 votes in the Senate to overcome a filibuster – a way to delay or block legislative action. With only 51 GOP seats in the Senate, this is unlikely… but still possible.

A way around a filibuster would be through a process called reconciliation – where a bill with a measurable and direct impact on the federal budget can be passed via simple majority (51 votes).

Related: Who Pays for Obamacare…

Passage of HR 3762 would both get around a filibuster and create a transition period in which Republicans could consider Obamacare replacement plans.

Way Trump Can End Obamacare No. 2: Keep Obamacare, but Reshape It

If the Senate cannot pass reconciliation, Trump can leave Obamacare as is. However, he can manipulate the law with a combination of smaller legislative changes and executive actions that would bring it closer to the policies Trump outlined in his campaign. For instance, he could work with Congress to pass laws, or issue executive actions, that:

Way Trump Can End Obamacare No. 3: With Paul Ryan