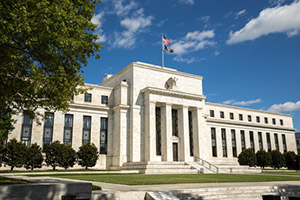 As we head into the final stretch of 2016, with stocks and the economy showing signs of improvement, investors are now wondering if interest rates are going up in December.

The answer is almost certainly, yes. In fact, traders are betting on it…

Market odds of an interest rate hike following the December FOMC meeting on Dec. 13-14 sit at 98.2%, according to CME Group's Fed Watch tool.

The likelihood of an interest rate hike in December has spiked since Donald Trump won the presidential election. Stocks are surging as traders believe President-elect Trump will spur economic growth.

A recent string of data reflects an improving U.S. economy. Manufacturing activity has picked up, durable sales figures are climbing, retail sales are rising, home sales are robust, and America is at or near full employment.

But a rate hike is not a guarantee. There are still multiple data reports expected before the next FOMC meeting. That includes Friday morning's employment report.

Economists are looking for employers to have increased headcount by 180,000 in November, with the unemployment rate holding steady at 4.9%. Another jobs report showing steady and solid job growth could be all the Fed needs to feel comfortable enough to raise interest rates.

Without question, policymakers have been preparing investors for an interest rate hike in December.

Also, some FOMC members said keeping rates too low for too much longer could move investors to search for yield elsewhere. That could lead to investors mispricing assets like bonds and putting capital where it shouldn't be.

And the aftermath was brutal for markets. Here's what to expect if interest rates are raised in December again…

What an Interest Rate Hike in December Means for Markets