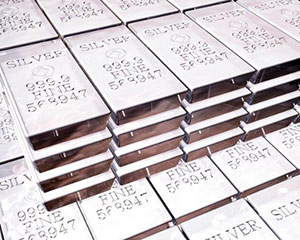 While silver prices have pulled back from the highs they hit over the summer, a number of silver stocks have outperformed the markets in 2016. Money Morning also remains bullish on the price of silver in 2017, which is bullish for silver stocks.

One important note: Money Morning does not recommend these specific stocks. This is simply a report on the list of silver mining stocks that did the best this year and had a market capitalization of at least $100 million.

Here is the list of the 10 best silver stocks...

Buenaventura SAA
The No. 8 top silver stock of 2016 is Buenaventura SAA (NYSE ADR: BVN), which rose 164%. Its market cap is currently $2.8 billion, and the company operates mostly in Peru.
Fortuna Silver
The No. 7 top silver stock of 2016 is Fortuna Silver Mines Inc. (NYSE: FSM), with an increase of 166%. FSM's market cap is $873 million. Fortuna is another company that operates mostly in Mexico and South America.

Endeavour Silver
The No. 5 slot goes to Endeavour Silver Corp. (NYSE: EXK). EXK climbed 173% on the year, and its market cap is $493 million. EXK is a mineral company that works primarily in Chile and Mexico.

Hecla Mining
Rounding out the top three silver stocks of the year is Hecla Mining Co. (NYSE: HL), which advanced 224%. Hecla Mining has a market cap of $2.4 billion. Hecla works mostly in the Northwest United States and Alaska.
Hochschild Mining
The No. 2 top silver stock of 2016 is Hochschild Mining (OTCMKTS: HCHDF), which soared 304%. HCHDF's market cap is $1.5 billion, and the company is another penny stock that makes the list with shares trading near $2.40.
Alexco Resource
The top silver stock of 2016 by percentage gain is Alexco Resource Corp. (NYSEMKT: AXU), which rose a whopping 320%. AXU has a market capitalization of $132 million. The penny stock (shares trade at $1.25) is a silver miner in Canada.

Now that we've listed the top silver stocks of 2016 by percentage gains, here's why we remain bullish on silver heading into 2017...

The Price of Silver Expected Is to Rise in 2017

Money Morning Resource Specialist Peter Krauth does see the price of silver rising again ultimately in 2017. In fact, he expects it to reach the $19 per ounce range in Q1 2017. That's nearly a 19% rise from the current price of $16.01 per ounce.

Longer term, Krauth forecasts that silver could advance to the mid-$20s in six to nine months.

Historically, it has traded more in the 55 range, a level it was trading at five years ago. A return to a 55 gold-silver ratio implies a $20.74 price per ounce for silver.

But the gold-silver ratio isn't the only factor likely to drive the per ounce price of silver higher. Another is incoming President Donald Trump's promise for large tax cuts across the board, for companies and individuals. He also has a plan for massive spending on infrastructure projects, to the tune of $1 trillion.

While both these promises have encouraged the stock market to climb more, eventually the spending plan is likely to be a factor causing increased inflation. The U.S. Federal Reserve has also signaled it is going to raise interest rates in 2017, and has just hiked rates for the first time in a year. Climbing bond yields can also contribute to inflation.

If inflation rises, silver will start to look like a safe-haven investment.

So why has silver pulled back in the second half of 2016?

One factor is a stock market that has been rising more on being the only game in town rather than one that trades on fundamentals. A period of extremely low interest rates has made bonds unattractive, and investors have all gone to the market to get good returns.

The other factor related to silver pulling back is a rallying dollar. Since Trump was elected, the dollar has been rising steadily. Between Nov. 8 and the first week of December, it climbed more than 4%.

The dollar continuing to rise could work against the price of silver. But Krauth expects higher inflation to return sharply at some point. When it does, silver prices are likely to rise.

Editor's Note: An incredibly rare gold market anomaly is shaping up in the markets as we speak - one that has occurred ONLY twice in the past 20 years. And it's about to happen again. Details here...