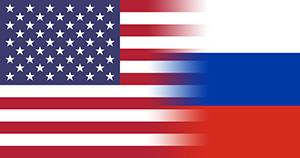 This morning (Feb. 9), a U.S. army combat aviation brigade, including nearly 2,000 troops and hundreds of pieces of equipment, arrived at a Belgium port ahead of a trip to Germany.

They join some 4,000 U.S. soldiers that have been deployed across Europe so far this year, seemingly closer and closer to the Baltic region.

The Pentagon said on Jan. 27 that their presence is intended to bolster ties with NATO allies and to send a clear message to Russia.

This message was obviously received…

Russian snap exercises on the border with NATO troops happen often, the media outlet claimed, but without warning. And they come with "menacing overtones."

President Donald Trump has said numerous times that he wants to improve U.S. relations with Russia. But this latest movement of U.S. troops and equipment in Europe says otherwise…

Washington and Moscow's increasingly hostile military conduct hasn't been widely reported as of yet. But for those of us paying attention, there's an undeniable question lingering in the air: Are we going to war with Russia?

And if so, is the United States prepared to win?

The answers to these queries – hypothetical for now – are rather grim…

Are We Going to War with Russia? If So, Will We Win?

According to Senior International Research analyst Michael Johnson, the answer is a resounding "no, we will not win."

In a Jan. 23 presentation he made at the World Affairs Council of Philadelphia, Johnson said Moscow tanks outnumber NATO tanks at about 480 to 80.

You see, U.S. military aircraft are currently undergoing maintenance, simply waiting for parts or for their turn in line on the aviation depot backlog – which exists because of stark defense budget cuts, reported Defense News on Feb. 6.

These budget cuts were first imposed by President Barack Obama's administration in 2009, then by Congress, and then by lawmakers' constant inability to provide uninterrupted funds to the military services at large.

If this news weren't dour enough, Dr. Igor Sutyagin, an expert on Russian and U.S. air power and air defenses at the Royal United Services Institute, issued a stark warning last October following a veiled threat Russia made toward Washington…

Just days after U.S.-Russia bilateral negotiations for a ceasefire in Syria fell through, Moscow moved additional missile defense batteries into the embattled country and vowed to shoot down any U.S. or coalition aircraft that tried to bomb the Syrian regime without warning.

Sutyagin said that even Washington's "best, stealthiest jets and pilots would have to be operationally, tactically brilliant" to cope with Russia's advanced S-400 air defenses, reported Business Insider on Oct. 12.

If we were to go war with Russia right now, the aviation expert added, U.S. troops would "fight without total air superiority for the first time since World War II."