And this growing popularity means the profit opportunity from the top marijuana stocks is going to be huge.

For example, Greengro Technologies Inc. (OTCMKTS: GRNH) has climbed 40% in the last 12 months. Meanwhile, the Dow has climbed just 16.12%. And that's why it's one of the top marijuana stocks to watch this week.

It has a wide range of products and services, including:

GRNH received a down payment of $600,000 on March 31 from Fresh Local Produce of Ohio, according to Greengro's website. The down payment is part of a $7.4 million franchise deal for a PV-solar greenhouse.

Fresh Local will have access to Greengro's proprietary CEA grow systems and growing techniques. Greengro will receive a 5% royalty on all produce, according to MMJReport.com. 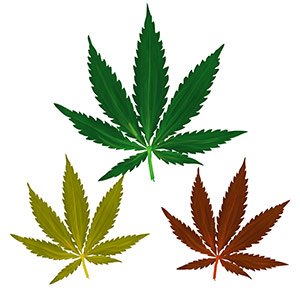 Some GRNH shareholders may be surprised to learn Fresh Local's main product is lettuce. But that's great news because Greengro can generate revenue through a legal industry until medical marijuana is legalized throughout the United States.

And after doing some extensive research, I also found another pot stock I had to tell our readers about…

But before I do, I wanted to make sure Money Morning readers understand this isn't a firm recommendation. Marijuana is illegal under federal law, which makes pot stocks speculative investments.

Trending: Celebrity Marijuana Strains Are the Newest Trend to Watch for Pot Stocks

Most trade on over-the-counter markets that aren't regulated like the Nasdaq and New York Stock Exchange (NYSE), and most pot stocks are penny stocks, which are known to be extremely volatile.

Having said that, one cannabis stock has a potential profit opportunity you have to know about…

The Marijuana Stock That Could Climb 201%

I can't get my husband to believe me about our 401k and I don't know what to do. It is all we have for retirement. I'm trying to start with 500.00 to start investing but I'm don't know anything about it and I'm confused. Any ideas to help me convince him? He says his research shows it isn't going to happen for a few years that 401ks will be touched. Thanks for any help Debbie

I bought 10,000 shrs of GRNH @ .056 cents and sold 5000 when it hit .11, then after reading that they haven't kept up with SEC filing, I sold the rest @ .059. Debbie, that's what you need to do if you buy a marijuana stock. Buy one, and when it doubles you sale half and buy another. I don't understand about the 401K. Normally a 401K plan is an employer sponsored plan with too many restrictions to invest in Marijuana. Open an IRA account in TD Ameritrade or Scottsdale or Etrade, they only charge around $6.00 per trade. I bought ADVT today @ .0185, you could get 20,000 shares for $370.00. Advantis Corp. ADVT is going to be a good one. SGBY, Signal Bay a testing company is another good one selling for $.02 cents.