U.S. strikes on North Korea could happen this week.

The move would be retaliatory – and only under the most extreme of circumstances – but Pyongyang is expected to test yet another missile any day now.

"That makes sense when you think about it, because Tuesday marks North Korea's military birthday," Fitz-Gerald says.

Adding more certainty that there will be a launch were threats from North Korea yesterday that a "full-out war" with nuclear weapons would result from an American naval strike group's arrival nearby, reported The Guardian.

Last Friday, Pyongyang's Foreign Ministry vowed to hit the United States with a "powerful nuclear deterrent" for disregarding the country's "sovereignty and privacy."

And six days before that, in a posthumous celebration of nation founder Kim Il Sung's 105th birthday, the Hermit Dynasty tested a missile that failed immediately upon launch.

The country may not see it as a failure. "That launch itself was psychologically important to North Korea" regardless of its success, Fitz-Gerald explains. It highlighted the country's long-term commitment to advancing its warfare capabilities, no matter what.

This is the attitude to expect following tomorrow's probable launch.

The U.S. reaction – whether we strike back and how hard – depends on what North Korea actually manages to shoot into the air…

U.S. Strikes Depend on What North Korea Launches

Fitz-Gerald doesn't think that just any old missile launch from Pyongyang, and especially not another failed one, will prompt the United States to strike the nation preemptively.

"I think cooler heads will ultimately prevail," Fitz-Gerald said. "You've got to assume no one will do anything absolutely stupid."

Indeed, evidence that Uncle Sam is keeping a "cool head" regarding North Korea came this morning from U.S. Ambassador to the United Nations (UN) Nikki Haley.

Haley told The Today Show that the White House would only consider military retaliation against Pyongyang if provoked to do so.

"We are not going to do anything unless [North Korean dictator Kim Jong Un] gives us a reason to do something, so our goal is not to start a fight," Haley said. "If you see him attack a military base, if you see some sort of intercontinental ballistic missile, then obviously we're going to [retaliate]."

But Haley mentioned an issue that Fitz-Gerald says would prove North Korea a deadlier threat than ever before – one that could prompt Uncle Sam to strike fast and strike hard:

South Korean officials warned this morning that they suspect North Korea will conduct either its sixth-ever nuclear test tomorrow, or it will host a "maiden test launch of an ICBM," reported The Washington Post today.

If North Korea hit one of its neighbors, there would be panic-selling on a scale that no one's ever experienced.
Fitz-Gerald explains that such a "maiden launch" would consist of a missile – an ICBM, specifically – that proves it can hit a target "thousands and thousands of miles away."

"Or London, for that matter," Fitz-Gerald adds. "North Korea could one day launch an ICBM that travels over the North Pole."

Revealed: The Pentagon's Plan to Stop a Chinese Sneak Attack Dead in Its Tracks 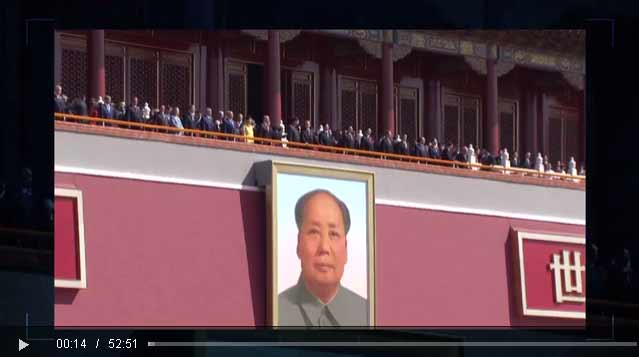 If North Korea Hits Its Neighbors – Intentionally or Not

"You better hope that tomorrow's launch in North Korea goes perfect or fails miserably," Fitz-Gerald explains, again under the assumption that tomorrow won't bring with it an ICBM test, but will bring another missile launch like we've seen over the past several months. "Because if the missile goes off course and hits Japan or South Korea – then that's it: thermonuclear war."

To add to this threat, as Fitz-Gerald explained to Money Morning readers on April 20, "If Kim Jong Un believes he's going to lose even for a second, he will push every button at his disposal. Even the button (controlling his nukes)."

And millions of investment accounts to boot…

"If North Korea hit one of its neighbors, there would be panic-selling on a scale that no one's ever experienced," Fitz-Gerald predicts. "Depending on how 'containable' the damage is."

For example, "if the damage is containable," Fitz-Gerald says, "a clinical term even if there are millions of casualties – the markets will bottom quickly albeit probably at least 5% to 10% lower."

If the damage is "uncontainable," however, Fitz-Gerald recommends investors consider the following two plays to ride out the global chaos in order to survive financially…