The platinum price per ounce in 2017 has been beaten down recently, which some investors may see as a great buying opportunity for the rare metal.

However, Money Morning Resource Specialist Peter Krauth is still bullish on the platinum price in 2017. In fact, he expects it to sharply rebound 36.5% from its current $952.40 price all the way to $1,300 by the end of the year. In other words, buying platinum today could hand you a 36.5% return in just over eight months.

And we've found a platinum stock that could offer you an even bigger return. The company we're talking about has a stake in one of the biggest platinum mines in the world, and shares of this stock could soar as much as 56.5% by next April.

First, here's why we're bullish on the platinum market this year…

The first reason we see platinum heading higher is simple: Platinum is extremely scarce. It's significantly rarer than gold and silver, which boosts platinum's value considerably. 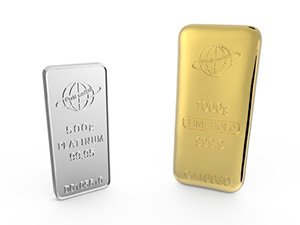 Roughly 75% of the world's platinum is produced in Africa, and the top five platinum mining nations are South Africa, Zimbabwe, Russia, Canada, and the United States. In 2016, these countries produced just 168.9 metric tons of platinum. That was dwarfed by global gold production, which reached 3,100 metric tons last year.

Platinum is in short supply because it's both difficult to find and to extract from the ground. As proof of its scarcity, the World Platinum Investment Council (WPIC) reported that the precious metal enjoyed its fifth consecutive deficit year in 2016. This year will likely be the sixth as the council forecasts a supply deficit of 120,000 ounces.

But the five-year deficit has also been caused by growing demand. What many don't realize is that platinum is a key component for emissions reduction in catalytic converters. These devices are installed in cars and trucks to reduce harmful environmental emissions. In fact, catalytic converters have been required by law in the United States since 1975.

The other reason the platinum price per ounce will push higher is the metal's use as a safe-haven investment.

When there is economic and geopolitical uncertainty in the world, safe havens like platinum and gold will move higher. That's because potential conflicts like the current ones with Syria and North Korea could scare investors into selling their stocks and moving into precious metals.

Want to Buy Gold? Here's Our Free Guide to Buying Gold in 2017

Even without military conflict, investors have been moving cash into safe havens all year to prepare for a possible stock market correction. That's why platinum prices are still up 4.8% in 2017.

As the markets continue higher, investors will pour more money into platinum as a hedge against upcoming volatility. This supports Krauth's bullish platinum price prediction, which sees the metal rallying 36.5% to $1,300 this year.

Instead of buying physical platinum, we recommend investing in platinum mining stocks to make more profits from the price rally. After all, platinum miners will see bigger profit margins on each ounce they produce while prices move higher.