As our readers know, investing in marijuana stocks is still considered taboo by some investors.

That can make it difficult to find news and updates on marijuana stocks, since the mainstream media generally avoids covering the cannabis industry because of its taboo status.

However, we know cannabis is more than just a trend. And because the goal of Money Morning is to make investing profitable, we make sure our readers are always up-to-date on the biggest marijuana news that could move the prices of pot stocks.

Entering the month of May, we have 10 marijuana stocks to watch.

Here's why these are some of the top pot stocks to watch right now... 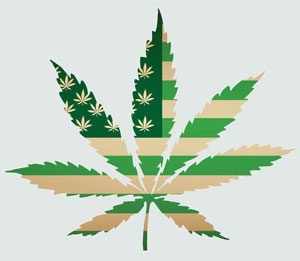 Of course, there are more ways to invest in the marijuana industry than just these 10 stocks.

That's why we want to show you how you can access Money Morning Director of Technology & Venture Capital Research Michael A. Robinson's "bible of weed investing" today...

Does the list differentiate the medical companies from the recreational companies?
Thanks,
Ron Alford

Differentiates and breaks down several avenues

You can check out this article we have about various brokerage firms.
http://moneymappress.com/brokerage-firms/

If it is international (Canadian) company, you may have to CALL on your
phone to buy if your trading platform does not allow direct purchase. My broker Merrill-Lynch will not trade in cannabis; my broker said it was against rules. OptionsHouse will transact with a phone call order. Have you tried Schwab? They will take international orders.

I've ckd. a few stock brokers in southern ca. & have not received a call back from anyone.

@Elliott
Merrill Edge does allow all the recommended stocks mentioned in this article, though a few require 'Safe Codes'. I believe Merrill Lynch/Edge are tied to each other (see link below), but I have only traded on the Merrill Edge site. Check to see if you have an access to Merrill Edge via Merrill Lynch.

ETRADE Allows you to buy MJ sector OTC's
(MCIG) will be the biggest out of all of em. Make sure to get in now or def before the fiscal year ends July 1. They are the only real profitable stocks in this brand new sector, and when they release their full year earnings and guidance for 2018…BOOM!