The U.S. government has been focusing a lot of its attention on North Korea's ground-to-air missile tests and nuclear program lately.

But one defense expert warned yesterday (Sunday) that Pyongyang could already be positioned for an attack on the United States via other means...

Two North Korean satellites are hovering over us right now. 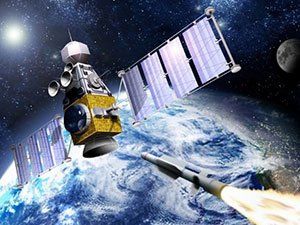 You see, there are twin satellites from North Korea, launched in 2012 and 2016, respectively, floating about 300 miles above us.

Dr. Peter Vincent Pry, executive director of the Task Force on National and Homeland Security and chief of staff of the congressional Electromagnetic Pulse (EMP) Commission, told Breitbart's Aaron Klein yesterday that he fears Pyongyang has secretly developed the ability to attack the United States with these satellites using EMP - or an electromagnetic pulse.

Here's how that would work.

The satellites would drop in altitude roughly 150 miles above the United States in order to detonate, Pry explained.

Urgent: This small $6 U.S. defense firm with a new top-secret technology could help the Pentagon stop a Chinese sneak attack dead in its tracks. Read more...

Such infrastructural damages could be catastrophic to the following areas, according to the UK's Daily Mail today:

While there's no proof that the current North Korean satellites above the U.S. contain the explosive material needed to make such a detonation a reality, the Feds likewise aren't aware of what's on them at all...

On April 25, Michael Maloof, former senior security policy analyst in the office of the secretary of defense, told WND.com that the United States doesn't have an anti-missile system "to knock down these satellites down" at their current altitudes (again, 300 miles).

The Feds also don't "know what their payloads are," Maloof added.

He noted that other nations -- such as Russia, China, Iran, and Israel -- are prepping their infrastructure grids for such an attack.

But the United States, Maloof claimed, is largely defenseless.

"[President Donald Trump] needs to give a high priority to making the prospect of an EMP a national security imperative and give it the highest priority, something which his administration isn't doing now," he said.

"He can begin by appointing an EMP coordinator to reside in the National Security Council to get federal, state, and local efforts underway to not only protect vulnerable electronics but also to work out a plan for local governments to act in the event of an EMP. Citizens need to know what to do in case of such an emergency so as not to create massive panic throughout the country."

There are also ways that investors can prepare for such an attack...

No Matter How North Korea Chooses to Attack Us

Money Morning Chief Investment Strategist Keith Fitz-Gerald recently told readers that any North Korean attack on the United States would immediately cause the markets to bottom at least 5% to 10%.

And he warned that the temptation to "sell, sell, sell" would be extreme.

But he didn't advocate doing so.

Instead, he recommended a short list made up from these companies in order to hedge your portfolio against a North Korea attack...

Up Next: According to one of America’s most highly decorated intelligence operatives, North Korean nukes are just a “deep state” cover story for something much more devastating. The Pentagon has been racing to funnel untold millions to a small $6 defense contractor with a mind-blowing new technology designed to stop this twisted plot dead in its tracks. It’s straight from the pages of a science fiction novel. Read more...

you talked about quote
" to get federal, state, and local efforts underway to not only protect vulnerable electronics but also
"
Why not lead us to an article to protect some of our electronics ? ,