It's no secret that the "Retail Ice Age" - led by online giant Amazon.com Inc. (Nasdaq: AMZN) -- has changed the way that people shop. 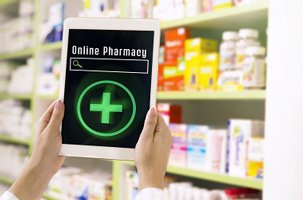 Amazon has been a growing pain in the neck for low-price retailers like Wal-Mart Stores Inc. (NYSE:WMT) for some time, but even high-end specialty stores like Ralph Lauren Corp. (NYSE: RL) have struggled now that Amazon has crept into their sector.

Now the e-commerce leviathan is tiptoeing into another new arena: healthcare.

Amazon Is Setting the Retail Ice Age on U.S. Drugstores

Amazon has long invested in the retail healthcare market, offering medical supplies and equipment to its consumers.

But according to a May 16 report by CNBC, Amazon has held annual meetings at its Seattle headquarters over the last few years to discuss entering the retail drugstore business...

Indeed, Amazon often tests new product lines in non-U.S. markets before it assesses whether to roll it out in the domestic market.

"A disruptive company like Amazon can turn an industry on its side."

So when The Japan Times reported in April that Amazon would be expanding its Prime Now delivery service to include drug sales, U.S. drugstores should have been on high alert.

And with the rise of high-deductible plans and more people paying for healthcare, Amazon wants to dive even deeper into the healthcare business than drug delivery.

The Next Market Amazon Could Take Over

Indeed, just one month later on May 17, CNBC reported that Amazon is hiring pharmaceutical talent in the United States - a general manager to lead the "consumables" unit and other prospects from the pharmacy sector.

"There is no such thing as an 'Amazon-Proof' retailer," said Money Morning Chief Investment Strategist Keith Fitz-Gerald - who has long been bullish on AMZN stock - to Members on April 10. "A disruptive company like Amazon can turn an industry on its side."

Amazon currently has over 310 million active customer accounts, according to the latest report from Statista. That number is expected to skyrocket as the giant continues to devour competitors and expand into new industries ...

By 2020, RBC Capital Markets predicts Amazon will have over 500 million active customers, according to CNBC on March 10.

And the healthcare industry is so very tempting. It currently accounts for nearly 18% of U.S. GDP and could reach 25%, wrote Forbes on May 18.

Investors are already seeing the writing on the wall. Shares of potential rivals in the retail pharmacy space were spooked by the news on Wednesday (May 18). Both CVS Health Corp. (NYSE: CVS) and Walgreens Boots Alliance Inc. (Nasdaq: WBA) were down more than 3% in afternoon trading. At the same time, Amazon was up 1.48% on Wednesday and is currently trading up 0.84%.

There are two ways to play this, according to Keith.

"Longer term, there's no question you want to own shares of Amazon," said Keith on April 10. "In fact, Amazon may well be the only company in the world today that you can buy today and expect to hold for the rest of your investing lifetime."

As a second option, "Consider buying just a few shares at a time," recommends Keith. "Heck, buy even one if that's what you can afford. Then, throw away the proverbial key."