"I think the next expected rate hike after the FOMC meeting could well be the impetus triggering silver prices to run higher," Krauth said yesterday. 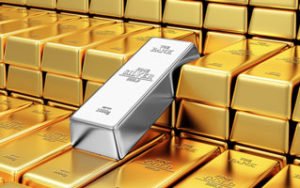 In his bold 2017 silver price prediction, Krauth projects silver prices will climb to $22 per ounce by the end of the year.

"Despite this losing streak, I'm confident silver is poised for a big rebound after the June FOMC meeting on Tuesday and Wednesday. Although higher interest rates tend to boost the dollar, they have actually been bullish for the silver price if you examine the metal's behavior around the last two rate increases," Krauth said.

And because CME Group's FedWatch Tool has a 99.6% chance that rates are raised on June 14, this fits right into Krauth's bold prediction of $22 silver prices by the end of 2017.