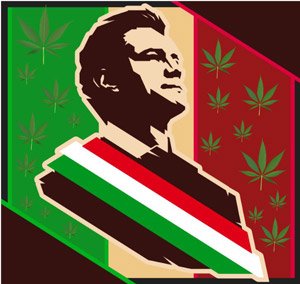 Nieto -- once a fervent opponent of legalization - called for a reexamination of marijuana policy after public outcry in early 2016. "So far, the solutions [to control drugs and crime] implemented by the international community have been frankly insufficient," Nieto said at the 2016 United Nations General Assembly.

Peña Nieto's announcement effectively eliminates the criminalization of the medicinal use of cannabis, THC, CBD, and all cannabis derivatives, as well as legalizes the production and distribution of cannabis for medicinal and therapeutic uses, according to Leafly.

But here's the catch - not all medical cannabis will be legal. Only that with a tetrahydrocannabinol (THC) level of 1% or lower will be permitted. For comparison, medical-grade marijuana in the United States has a THC content level of around 7%. Additionally, Mexico's Ministry of Health will be required to evaluate the effects of the cannabis before a proper framework for a program can be set into place.

And that's bad news for investors. Here's why...

Mexico has only taken its first baby steps towards total legalization; it's still got a bumpy road ahead.

You see, under the current laws, the Ministry of Health still has to study the medicinal and therapeutic effects of cannabis before creating the framework for a medical marijuana program infrastructure. That means it could be years before a proper infrastructure is in place.

In other words, Mexican marijuana businesses and their investors will have a long time to wait before seeing profits.

Not only will the process likely be lengthy, but there's also a huge restriction...

The type of medical marijuana that Nieto has legalized may only contain 1% or less of the psychoactive ingredient in cannabis, THC. This significantly limits the number of companies that can participate in Mexico's medical marijuana space. It may even increase demand for illegal competitors selling a more potent product.

Note that he said "well-regulated," not overregulated.

So for the time being, Michael suggests investors focus on more established Canadian and U.S.-based marijuana stocks until Mexico gets on its feet.

"I think 2017 is going to be the year where things really pull together," predicts Michael. "The next wave for this industry will be an exciting, profitable ride."

After nine months of exhaustive research, we've found the best, most lucrative, and fastest-growing legal pot stocks in America.

They're all in our 89-page "bible of weed investing," The Roadmap to Marijuana Millions. And for a limited time you can get all the details for free. Click here to find out how to reserve your copy today...

Former Mexican President: Marijuana Should Be Part of NAFTA

The Next Great Battle Between the States and the Federal Government: Marijuana