On Wednesday, Bitcoin Cash prices surged 60% in 24 hours of trading to become the fourth-largest cryptocurrency behind Bitcoin, Ethereum, and Ripple.

Bitcoin Cash prices topped $375.00 and reached a market capitalization of $6.21 billion. The surge comes a day after Bitcoin experienced a hard fork that led to the introduction of the new coin by miners. 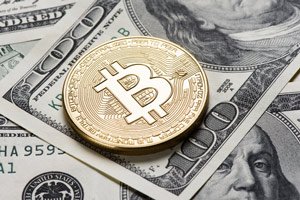 With the split, possible lawsuits are emerging. An activist group of investors argue that Coinbase has been withholding capital from investors and said they will file a class-action lawsuit if the firm doesn't release Bitcoin Cash to holders.

Here's a recap of cryptocurrency prices as of 3 p.m. EDT...

Bitcoin prices were up slightly on a day that has seen trading volumes top $1.15 billion.

The professor said that the cryptocurrency hasn't proven its usability as an asset in its history. He also argued that Bitcoin may be a "dangerous pricing game" unless it establishes itself as a reliable way to engage in global transactions.

Some prominent critics of Bitcoin have compared it to Tulipmania from more than 400 years ago.

Bitcoin Cash prices jumped 60% on a day of heavy trading volumes. Roughly $350 million in Bitcoin Cash exchanged hands Wednesday, one day after the new currency arrived on the market.

That said, prices did jump as high as 200% to $700 dollars earlier in the trading session.

Ethereum prices were largely flat on the day. The second-largest cryptocurrency by market cap traded at $223.51 on Wednesday afternoon. Its market capitalization is now less than half of Bitcoin's.

Ripple prices were flat as Bitcoin Cash ruled the day.

Litecoin Prices Flat on the Day

On Tuesday, Litecoin CEO Charlie Lee dismissed any concerns about the introduction of Bitcoin Cash. "I don't see it really as a threat to Litecoin, and it's causing more confusion to Bitcoin than anything," Lee told CNBC.

NEM and Ethereum Classic have now surpassed Dash in market capitalization in the last week. The introduction of Bitcoin Cash has helped to bump Dash from fifth place to eighth place as August trading kicks into gear.

Dash prices were flat and largely in line with Bitcoin's performance on Wednesday.

On what platform can I trade these currencies?

Thanks for reading Money Morning. Some of the top cryptocurrency exchanges right now are Kraken, Bittrex, Poloniex, Bitfinex. I'm working on a story right now that explains the pros and cons of these exchanges, so stay tuned!