Recent marijuana penny stock news shows how easy it is for some companies to defraud investors, but you can avoid these scams...

Money Morning subscribers aren't getting duped because we're showing you how to easily spot frauds. Today, we're going to discuss two of the most important ways you can identify potentially fraudulent pot penny stocks this year. 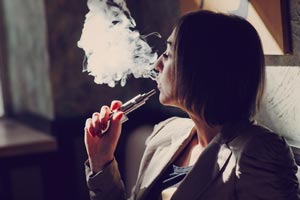 Two high-profile marijuana penny stock scandals happened in 2017. In February, mCig Inc. (OTCMKTS: MCIG) - a cannabis and electronic cigarette (e-cigarette) company - was accused of insider trading. This was uncovered by Alan Brochstein, an analyst and the founder of the site 420 Investor.

Alan Brochstein researched mCig's 10-K filings and found a discrepancy in the number of shares owned by the firm's CEO, Paul Rosenberg. Brochstein found that Rosenberg didn't report a sale of at least 2.1 million personal shares of mCig between April 2015 and April 2016. The 10-K filings - which outline every aspect of a company's financials on an annual basis - showed Rosenberg's share ownership declined from 23 million in 2015 to 20.9 million in 2016.

When CEOs sell a large amount of their company's stock, they're required to formally disclose to the U.S. Securities and Exchange Commission (SEC) - the government agency that regulates the stock market and polices financial fraud - that they made the sale. Since Rosenberg didn't disclose the sale, it shows he may have been trying to keep mCig investor confidence high while cashing in on the stock.

If investors saw the CEO dumping his shares, they would've likely thought something was wrong and sold their shares as well. This would've obviously sunk the MCIG stock price.

In other words, by not disclosing his sale, Rosenberg misled and violated the trust of the company's shareholders.

But there's another marijuana stock story from June that's an even bigger scandal. This one was bad enough to get the SEC to launch an investigation...

This Marijuana Penny Stock News Could Lose Some Investors Their Money

On June 16, the SEC filed fraud charges against CV Sciences Inc. (OTCMKTS: CVSI), also known as CannaVest. The charges relate to false finances that the company's CEO intentionally reported back in 2013.

And in June, the SEC alleged that CannaVest CEO Michael Mona, Jr., overstated the value of the company's assets in financial reports filed during the first six months of 2013. This led investors to think CannaVest had more cash than it actually did.

Mona specifically said CannaVest acquired PhytoSPHERE Systems - a biotech company that produces hemp-based cannabinoids - for $35 million. Although this was the number reported on the books in the first half of 2013, Mona apparently knew the price tag was far lower.

In Q3 2013, CV Sciences recorded a different value for the acquisition - $8 million. This caught the attention of the SEC, which found that the company failed to acknowledge how the original $35 million price tag was overstated in Q1 and Q2.

The SEC claims this deliberate false recording is grounds for fraud, which is why the agency charged Mona in June. Since that penny stock news story broke on June 16, CV Sciences stock is down 36.7%, from $0.30 to $0.19.

If trading is suspended, investors are at risk of seeing bigger losses than the 36.7% loss they've already seen since June 16. They could lose all of their initial investment because of the company's irresponsible and fraudulent conduct.

While marijuana penny stock scams like CannaVest can entice you to avoid the cannabis sector entirely, we don't advise doing that. There are easy ways to find out if a pot stock is safe enough for your money.

Here at Money Morning, we dedicate ourselves to making sure you know how to safely invest your hard-earned cash. That's why we're going to show you two easy tips for marijuana investing today...

Find the Best Marijuana Penny Stocks with These 2 Important Tips