Edward Snowden tweeted yesterday that he considers the digital currency Zcash the "most interesting Bitcoin alternative." 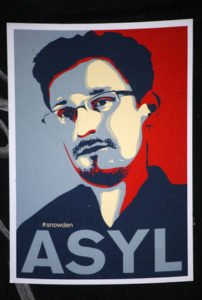 Snowden likes Zcash because of its secure privacy. He said that Bitcoin is great, but he doesn't believe it is safe because it's not private.

There was also a big roar in the cryptocurrency markets today as South Korea decided to ban initial coin offerings (ICOs). South Korea will ban all forms of ICOs "regardless of technical terminology," regulators said in a statement.

Meanwhile, China's decision to shutter its local exchanges appears to be the gain of Japanese entrepreneurs, according to The Wall Street Journal. A morning report indicates that Japan has issued licenses for 11 new Bitcoin exchanges.

The nation's Financial Services Agency said that the decision is in accordance with a law passed in April that confirmed Bitcoin's existence as a legal form of payment.

Below is a recap of the top cryptocurrency prices at 3:00 p.m. EDT.

On Friday, the total market capitalization of the global cryptocurrency sector hit $142.4 billion.

Trending: How "Fedcoin" Will Spearhead the War on Cash

Prices fell below $280 for a short time after South Korea's Financial Services Commission announced plans to ban "all forms" of initial coin offerings.

The news comes a month after China banned ICOs and demanded the closure of Bitcoin exchanges across the country.

The price of Ripple slipped again as traders continued to take profits off the table.

However, the price of Bitcoin Cash fell so much more that Ripple was able to regain its stance as the third-largest cryptocurrency by market capitalization.

Ripple is still up double digits over the last week thanks to increased optimism about the company's expansion goals across Asia. The firm recently opened an office in Singapore, a key financial hub in Southeast Asia.

Another Blow to ETF Efforts

Yesterday, we noted that ProShares was attempting to create two new exchange-traded funds (ETFs) for the purposes of speculating on Bitcoin in the derivatives market. The question we asked was whether the SEC would ever permit such a fund to operate.

Perhaps we saw some clues today.

According to a letter from the SEC's Division of Investment Management, the government will not explore a similar request by VanEck to create a Bitcoin futures ETF because of uncertainty about the current state of derivatives tied to Bitcoin and other cryptocurrencies.