In fact, he's overlooking a massive region of the country crucial for oil production, a region his company isn't operating in. 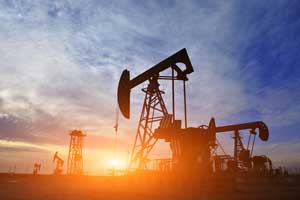 "The EIA's phantom forecast needs huge growth to catch up to projections," according to Hamm.

But Hamm is completely wrong on this one. In fact, the growth in just one region of the country is more than enough to meet projections.

According to our estimates, it could even propel shares of a small oil company stock more than 10 times higher...

Why U.S. Shale Oil Production Is Growing, Despite the Naysayers

That means the EIA's 5.7% growth forecast for 2018 is modest compared to the last decade, and U.S. oil production is already up 4.3% this year.

And now that crude oil prices are trading at $50.83, above both their 50-day and 200-day moving averages, U.S. oil production will continue to grow.

In fact, Money Morning Global Energy Strategist Dr. Kent Moors forecasts oil prices could grow another 14% by the end of the year, putting WTI crude between $55 and $57 a barrel.

You see, most of America's oil is produced from shale. Shale oil, also called "tight oil," is found in oil reserves trapped inside underground rock formations. The United States has a massive amount of shale oil.

The Permian Basin in West Texas alone holds more than 20 billion barrels of oil. That's nearly the same amount of oil in all of China and roughly a quarter of all oil in Russia in just one region of the United States.

But shale oil is more difficult - and more costly - to extract.

Earlier this year, energy consultancy Wood Mackenzie estimated 2017 breakeven costs for U.S. shale basins ranged from below $30 a barrel to over $70 a barrel. The breakeven cost is the price of oil needed for oil producers to make money on the oil they pull out of the ground.

And it's why rising oil prices spur more oil production. It's also why Harold Hamm is dismissive of the EIA's oil production forecast...

You see, Hamm might be downplaying this reality because his company is missing out on a lucrative oil patch, one where the cost of drilling is much lower than where his company operates.

Hamm and his company - Continental Resources Inc. (NYSE: CLR) - were pioneers of shale oil drilling in the Bakken formation in North Dakota. Bakken oil production skyrocketed by more than 3,000% between the start of the shale boom in 2008 and 2014, when oil prices were last over $100 a barrel. Since then, oil production there is down 14%.

That means, with oil trading at $50.83 a barrel, Permian Basin oil producers are profiting off the oil they're pumping. But Bakken producers, like Harold Hamm, need prices to go even higher before their oil becomes profitable.

Plus, a 2016 discovery in the Permian Basin uncovered an estimated 20-billion barrel of oil there. That means the Permian now has more than four times the recoverable oil as the Williston Basin, which includes the Bakken formation.

Not only does the Permian Basin have quadruple the oil of the Bakken formation, but its average breakeven price is even lower.

And this oil boom in the Permian Basin is creating a massive profit opportunity for energy investors...

You can still discover how to get in on this $1 trillion oil discovery, and we know of one small company operating there that could be on the verge of creating a profit windfall for early investors...