Executives are supposed to make a big announcement, and the digital currency is still speculating on what exactly that means. 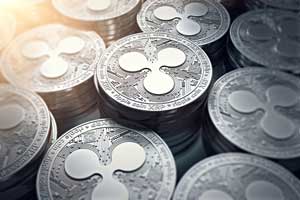 Digital currency investors today are also weighing in on statements by Russian President Vladimir Putin on the future of the markets.

Putin called for more regulations in what many perceive to be his first significant statement on the sector. "Virtual [currencies] or cryptocurrencies are becoming and have already become more popular," Putin told Russian state media outlet TASS, according to CoinDesk.

Putin also said digital currencies "have already become or are turning into a full-fledged payment instrument and an investment asset in certain countries. At the same time, use of cryptocurrencies also carries serious risks."

Bitcoin also received another bullish call from a major investor. Former fund manager and Goldman Sachs alum Michael Novogratz predicted that Bitcoin would hit $10,000 per token in 10 months or less.

The fund manager recently announced he was raising $350 million and adding another $150 million of his own money to start a new fund that broadly invested across the entire cryptocurrency universe.

Though he has also called Bitcoin the "biggest bubble of our time," he has justified it by arguing that the technology behind the token will have a remarkable impact on the economy and our future.

Below is a recap of the top cryptocurrency prices at 3:30 a.m. EDT.

The Ethereum price was flat for most of the day despite news that CoinShares will launch the first Ethereum-based investment product to be listed on the Nasdaq Stockholm exchange.

The product is an exchange-traded note (ETN) for Ethereum. CoinShares also has a Bitcoin-based ETN that it launched in 2015.

Traders are also counting down to the first stages of Ethereum's Metropolis upgrade, which will happen next week. The "Byzantium" code will go into effect when the Blockchain hits block number 4,370,000.

Litecoin Looking for a Bottom

The price of Litecoin was flirting with a decline below the $50.00 level today.

Traders are looking to see if the price can get a bump after a wretched September saw prices collapse from an all-time high of above $92.00 per token.

While Bitcoin and Ethereum have recovered from China's ICO ban and other bearish factors, Litecoin has struggled to find support from traders.