On Monday, the price of Stellar Lumens (XLM) rallied more than 133% in 24 hours after International Business Machines Corp. (NYSE: IBM) announced its first official jump into the cryptocurrency industry. 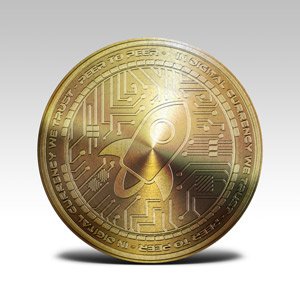 The cross-border settlements enabled the transfer of seven different currencies, with the bulk from countries in the South Pacific Ocean. The synergetic partnership is a boost for blockchain technologies that combine a public firm like IBM's workflow power and Stellar's private blockchain and token.

Below is a recap of the top cryptocurrency prices at 11:00 a.m. EDT

On Monday, the total market capitalization of the global cryptocurrency sector hit $175.1 billion.

This morning, Wikileaks founder Julian Assange claimed that he's been a huge beneficiary of Bitcoin's rise in recent years.

Assange claimed that he has earned a 50,000% return from his early investments in cryptocurrency. He specifically thanked the U.S. government for his returns, considering that the Feds blocked contributors from making donations to Wikileaks using credit cards.

In turn, Wikileaks began to invest in Bitcoin as a means of anonymous payment and acceptance.

The Ethereum price pushed higher Monday after the company behind Ethereum executed the first step in its widely anticipated Metropolis upgrade.

On Sunday, Ethereum experienced its fifth hard fork on its blockchain by implementing the Byzantium software upgrade.

Must Read: How North Korea Has Weaponized Bitcoin

Developers said that the software upgrade is running smoothly. The developers also anticipate greater transaction processing power in the future.

Litecoin prices gained more than 23% in a week and passed the $64.00 level. The altcoin is slowly recovering from its sharp decline from record highs in early September.

Like Bitcoin traders, buyers of Litecoin are now ignoring concerns about China's decision to ban local exchanges and take part in a broader regulatory crackdown.

Litecoin has also benefited from Coinbase's decision last week to allow instant purchases of the cryptocurrency by users who have a U.S.-based bank account.

Finally, Russia is making its move into the cryptocurrency space in a big way.

According to Russian journal AIF, President Vladimir Putin has declared the need for a state-issued cryptocurrency.

The CryptoRuble. The announcement came during a meeting between Putin and the country's political power players. According to Russian Minister of Communications and Mass Communications Nikolai Nikiforov, the new currency will be developed quickly.

"I so confidently declare that we will launch the CryptoRuble for one simple reason: If we do not, our neighbors in the Eurasian Economic Community will do it in two months," Nikiforov said in a statement.