President Trump could make one of his biggest decisions as president soon...

U.S. President Donald Trump is currently deciding who will be the next Federal Reserve chair when Janet Yellen's term ends in February 2018. And to keep Money Morning readers prepared, we've put together a list of Trump's picks for Fed chair, and one of the names might surprise you.

From determining monetary policy during an economic crisis to setting interest rates, the Fed chair's work affects Americans' day-to-day lives. The Fed chair will also oversee how quickly the Fed raises rates in the coming years and its strategy for unwinding its $4.5 trillion balance sheet, issues on the mind of all investors.

And since the Fed chair serves a four-year term and can be re-appointed for multiple consecutive terms, this decision will have a lasting impact. 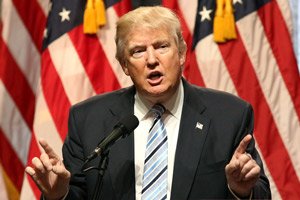 While Janet Yellen's term will expire in four months, President Trump could reappoint her.

But President Trump wasn't a fan of Yellen on the campaign trail. In a September 2016 CNBC interview, he said that she was keeping interest rates low on purpose to prop up the stock market to please former U.S. President Barack Obama.

That changed, though, as a year later the president said that he liked and respected Yellen, according to a Sept. 14, 2017, CNBC report. President Trump then met with Yellen on Oct. 19 to discuss her possible reappointment.

But even with the president changing his opinion, it isn't a foregone conclusion that Yellen will lead the Fed in February 2018...

Outside of Yellen, President Trump is considering four other candidates to lead the Fed and could announce his decision this week, according to USA Today.

At the very latest, he's expected to announce his choice before he travels to Asia on Nov. 3.

We've created a list of the five candidates for Fed chair, including their age and experience below.

All of these candidates are on Trump's short list because of their experience, but President Trump may particularly favor Taylor, Cohn, and Warsh, because they have worked with Republican administrations.

But at just 47 years old, Kevin Warsh stands out as a replacement for the 71-year-old Yellen. In fact, if he were appointed, he'd be the first Fed chair from Generation X.

President Trump has been conducting polls with Senate Republicans to learn their views on finalists he's considering, according to an Oct. 24 report from The Washington Post.

Here's what we know about Taylor, Powell, Cohn, and Warsh...

Powell was nominated by former President Obama for the Fed Board of Governors and took office in 2012.

Taylor is known for his academic career, which started in 1973 as a professor of economics at Columbia University.

The 70-year-old academic also wrote a 1993 paper where he created the "Taylor rule," which was a recommendation on how nominal rates (interest rates that don't take inflation into account), should be determined.

He then entered Washington, serving as the Under Secretary of the Treasury for International Affairs during former President George W. Bush's first term, between 2001 and 2004.

Cohn was recruited by Goldman Sachs Group Inc. (NYSE: GS) in 1990, and he became the head of its commodities department in 2002.

He was then promoted to president and co-COO in 2006.

Currently, Cohn serves as the director of the National Economic Council and is chief economic advisor to President Trump.

Although the youngest candidate, at 47, Warsh has decades of experience working on Wall Street and in the Fed and could be a dark horse to win the job...